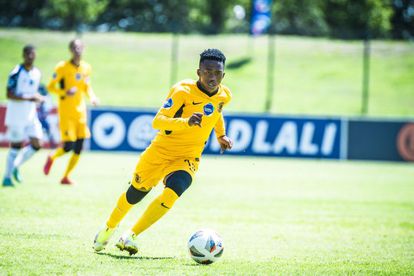 A Kaizer Chiefs starlet is set to jet off to Spain to train with Barcelona and Real Madrid in an attempt to secure a move abroad.

According to Isolezwe, Amakhosi development coach Vela Khumalo has confirmed that Mduduzi Shabalala will train with the two Spanish sides.

Khumalo revealed that Shabalala’s trip could have been earlier but it was postponed due to the Covid-19 pandemic.

“His trip was postponed due to Covid-19 but they have written to us requesting that he vaccinates, and he has done that. What’s left is for them to tell us when he should come.

“It’s a great opportunity because he will get the chance to be seen by different teams and he may not come back because of his talent.”

READ | KAIZER CHIEFS TRANSFER NEWS: HOW MANY OF THEIR TARGETS WILL AMAKHOSI GET?

SHABALALA STILL HAS A HOME AT KAIZER CHIEFS

Khumalo said if Shabalala, who recently stole the limelight when he scored a hat-trick in the DStv Diski Challenge match against Royal AM, would still have a home at Chiefs even if he doesn’t succeed in Spain.

Furthermore, Khumalo believes Shabalala’s performances at the U17 Cosafa Cup tournament in 2020 helped him secure this trip to Spain.

“If he doesn’t succeed, he will come back and continue his development at Naturena because he’s an amazing talent that’s rare in Mzansi.

“Being named player of the tournament at the Cosafa Cup tournament meant a lot, and it wasn’t by a mistake. What’s good is that he’s playing for Kaizer Chiefs where there is pressure; that will help him settle.”