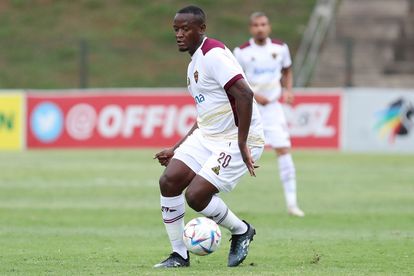 Whether he fits Kaizer Chiefs or not, the fact is a bulking number nine is free, has vast PSL experience and is 28 years old.

KAIZER CHIEFS HUNTING FOR A STRIKER

As it has been reported all over the media, Amakhosi coach Arthur Zwane confirmed that his team needs a center forward.

Caleb Bimenyimana is nowhere near enough while Ashley du Preez looks suitable as a wide player.

The Soweto giants have since welcomed the 32-year-old Hungarian striker Balint Bajner on trial.

Meanwhile, a former Chiefs target has become available on a free transfer.

ALSO READ: Chiefs – Possible line-up if these signings are made

So you may have heard the news, Stellenbosch FC have parted ways with Moseamedi, who was linked with the Glamour Boys.

The Tzaneen-born striker did not exactly light up the league at Stellies with just six goals and one assist in 36 games. But Judas is not exactly a finisher, instead, he is a massive boy that strives as a hold-up striker.

Could the likes of Khama Billiat and du Preez play very well off him? Perhaps Moseamedi could be a reliable back-up for Caleb? Maybe Zwane will feel he does not fit Chiefs’ playing style or simply does not rate him at all?

We can’t be sure. Let’s see what unfolds in the next few weeks.