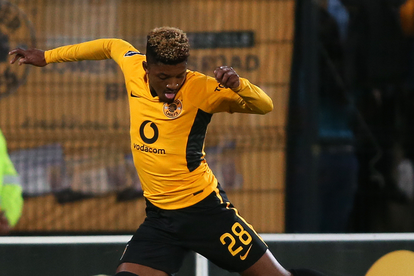 Dumisani Zuma is a Kaizer Chiefs player again. The attacker was back on the pitch last weekend after nearly a year.

A lot has happened since the Pietermaritzburg-born star was first arrested for drunk driving, then suspended by the club, before he was back in January as a regular bench warmer.

However, his fans watched with great excitement last Saturday as Zuma put on his Amakhosi jersey and ran on the grass green for the first time in 10 months.

“It was a great feeling to be back on the pitch again,” the player known as Msholozi told Kaizer Chiefs’ media.

“I haven’t been playing for the past 10 months and I felt the nerves. I was scared a bit, it’s been long since I played, but after 10 minutes in the game everything felt fine.

“The first ball I received I was thinking to play it safe and not make mistakes, but after a few minutes I was comfortable and could be the Zuma people know,” the former Bloemfontein Celtic star added.

In other news, the club’s struggling star forward Lazarous Kambole is looking at his final days in Soweto.

With only one goal in two appearances this season despite being fully fit, it is no surprise at all that Kambole is heading out of Amakhosi.

As per this new report, the former Zesco United star has been offered a deal to re-join the Zambian giants. Read the full story here.