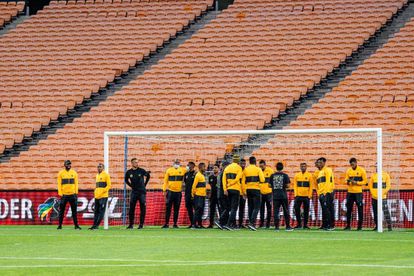 Kaizer Chiefs have broken an unwanted record of 10 years as a club following their 2-1 defeat at the hands of Golden Arrows on Wednesday.

Amakhosi had a great start to the game with Khama Billiat opening the scoring with a sublime finish in the first half.

However, Arrows retaliated with two second half goals through Siboniso Conco and Michael Gumede as they stole the points right under the Chiefs nose.

The defeat was Chiefs’ third in as many matches, and this was the first time that they had lost three consecutive league matches in 10 years.

It was during the 2011-2012 season that Chiefs suffered three successive defeats – this was soon after the departure of Vladimir Vermezovic in April 2012.

Ironically, Arthur Zwane was part of the interim technical team that was put together by Chiefs alongside Ace Khuse and Doctor Khumalo.

With Zwane and Dillon Sheppard in charge, the pair has overseen two defeats with the first one suffered while Stuart Baxter was still the Chiefs coach.