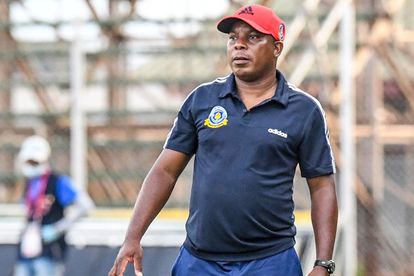 Joel Masutha looks likely to be the next managerial change in what has been a tumultuous season for PSL coaches.

Joel Masutha looks likely to be the next managerial change in what has been a tumultuous season for PSL coaches.

Joel Masutha has revealed he declined an offer from Black Leopards to return to the DStv Premiership club.

Joel Masutha started the season at Tshakhuma Tsha Madzivhandila, but was sacked in February.

He has since taken the reins at GladAfrica Championship side Pretoria Callies.

Kosta Papic’s tenure at Black Leopards is reportedly already over before it really started, with Masutha explaining his position in the Sowetan.

Joel Masutha said: “You must know and understand that Black Leopards have been my home for more than 16 years as a player and as a coach, so there is always going to be that strong bond between myself and the club. I always wished them luck and always want to see them doing well.

“Yes, we spoke, but they found out that I’m with Callies. I have ambitions also to take this team to the DStv Premiership. I can’t be in two places at the same time and my heart now is with Callies.

“But at the same time I wish Leopards well in their remaining eight games to be able to survive relegation.”