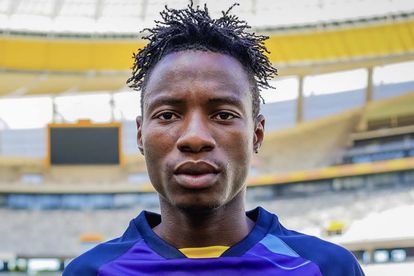 City have brought Brice Ambina, Mogamat May and Darwin Gonzalez to Cape Town, while it’s now been announced that 18-year-old Gambian winger Kajally Drammeh has also joined the club.

“Kajally Drammeh is a young, attacking player that we scouted from the Gambia,” Eric Tinkler said via the club’s media department.

“He’s someone who we’ve been chasing since the start of the season but we only managed now to conclude the deal.

“We’ve been watching him every single week in the Gambian league. He’s 18 years old but shows a level of maturity that [indicates] he’s more than capable of already playing at the highest level.

“There was a lot of interest from Europe in him and I think we’ve managed to snap up a very talented young player before he made that move.

“Like I said, he’s a very creative player, an intelligent footballer, can play wide, can play as a 10, so he’s someone I believe will have a very bright future.”