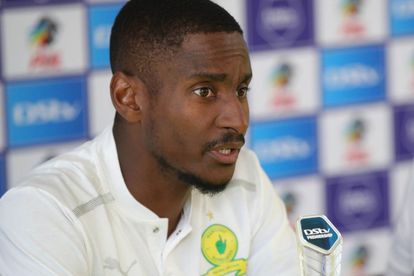 Mamelodi Sundowns have reportedly beaten Kaizer Chiefs to yet another big transfer target, in the form of Terrence Mashego, according to reports.

Mashego was touted as a player Chiefs showed a keen interest in, earlier in the transfer window with Sundowns hovering in the background.

Now according to the latest information from Soccer-Laduma, Sundowns are now far from being in the background and have, in fact moved ahead of Chiefs for the Bafana Bafana International’s signature. In fact, they have moved so far ahead, that reports claim they have reached an ‘agreement in principle’ with Cape Town City FC over a transfer fee for Mashego.

“Mamelodi Sundowns appear to have edged Kaizer Chiefs in their race for a Bafana Bafana International, with the Brazilians understood to have agreed a deal in principle for the player. As previously reported by the Siya Crew, Chiefs had their sights on Cape Town City star Terrence Mashego, with The Citizens understood to be open to selling the player to the Soweto Giants. However, with Mamelodi Sundowns lurking in the background, the Siya Crew can reveal according to sources, that the treble winners appear to have beaten Amakhosi to the player’s signature” wrote the publication.

In fact, the story doesn’t seem to end there, as the publication goes on to state that Mashego has already said his goodbyes to his teammates, in forming them of his impending move to Sundowns.

“According to Siya sources, Downs have agreed a deal in principle with City for the player’s signature, with the finer details to be ironed out in the coming days. Insiders have revealed that the player has informed his teammates of his imminent departure”. It wrote.

These news would come as a shock to many as since Mashego declared his love for Chiefs, he had been reprimanded by City chairman John Comitis who reiterated that the player was not for sale. Now reports that City were open to sell the left back to the Glamour Boys seem to contradict that information. Sundowns stealing a march on the player after he previously stated he would join the club due to the amount of competition there, is also surprising. It now remains to be seen if this move will indeed go through.

On This Day in South Africa: What happened on 28 January?