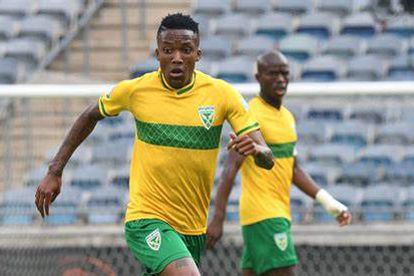 Golden Arrows have urged Kaizer Chiefs to tell the truth about their negotiations for reported target Pule Mmodi.

Chiefs have been linked with Mmodi for a couple of months now, and have Arrows have seemingly confirmed dialogue between the two clubs.

Orlando Pirates and Mamelodi Sundowns were the first two clubs credited with an interest in Mmodi, but since then, Chiefs have been mooted as the front runners for his signature. Besides Pirates and Chiefs, Mmodi has found himself a keen admirer in the form of Bafana Bafana Hugo Broos. The veteran Belgian mentor has been so impressed with the speedy winger, that he has repeatedly sought to have him called up the South African national side, despite public outbursts about his visa situation. Mmodi was initially called up to travel Ethiopia with Bafana Bafana, but not having a passport saw him remain behind, with Broos famously not shy to show his frustrations in public.

Things were soon remedied, however, as Mmodi was able to sort us his travel documents in time to earn a second chance from Broos, who called him up for the final two 2022 Qatar Fifa World Cup qualifiers against Zimbabwe and Ghana. Even though the trickster did not get any minutes for Bafana Bafana he continued to impress for Arrows and Pirates and Chiefs were thought to be inquiring about his services.

Now in recent weeks there have been varying reports about Mmodi being either close to signing for Chiefs, Pirates also re-entering negotiations, Amakhosi being quoted R6 Million for his services as well as being given first preference on his signature.

Now as a Chiefs fan took to Twitter to give his opinion on the matter, Arrows responded through their official account, urging the Glamour Boys to be honest about the negotiations. The club also moved to rubbish claims of a R6 million price tag for Mmodi.

“Mkhaya!No decoding is needed. Ilula lento, your club must be honest about negotiations taking place. As for that 6M price tag  where did that figure come from?people guessing figures and it’s considered facts  kudlaliwe ngathi. We didn’t even ask for half of that” wrote the Tweet from Arrows replying to Chiefs fan @RealTshemedi

Will Mmodi get his move?

The plot has definitely thickened when it comes to this transfer saga, and by the looks of things there is no imminent solution insight between Chiefs, Mmodi and Arrows.