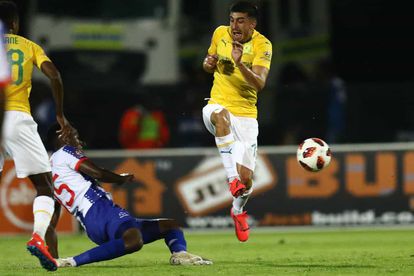 Mamelodi Sundowns lead the league ahead of title rivals Orlando Pirates but they are not the only clubs with something to play for in the final round of PSL matches.

The title race has been a stuttering affair with the leading two clubs both engaged in the Caf Champions League.

Sundowns are favourites to win the title with a win on the final day more than likely enough for the club to lift the trophy even if the League are successful in levying a points penalty on the Brazilians on appeal. The handling of the disciplinary process has soured the campaign and Pitso Mosimane vowed not to celebrate winning the title if his side top the league.

If Sundowns lose to Free State Stars on Saturday and Pirates beat Polokwane City, the Buccaneers will lift the Premiership trophy for the first time in seven years.

Bidvest Wits and Cape Town City both fell out of the title race in the penultimate round but they will battle it out for a place in the CAF Confederations Cup, the prize for third place on the PSL log. City have a shot of pipping Wits to the place but will need to win by a few to ensure superior goal difference, and hope the Clever Boys fail their final exam away to Golden Arrows.

Polokwane City and Supersport United know they will line up in the MTN 8 next season but beneath them four teams are battling it out for the final two spots in the Cup.

Kaizer Chiefs in seventh and Highlands Park in Eighth are in possession of those MTN 8 spots but Bloem Celtic and Golden Arrows are lurking and praying for a slip up. Chiefs face a Chippa United team fighting for their PSL life while Highlands Park face a stern test away to Supersport, giving Celtic and Arrows hope. Celtic face an Amazulu team with nothing to play for while the Durban side host Wits.

Five teams are in danger of being relegated from the PSL and so tight is the race that all of them could potentially be the bottom club, destined to drop straight out of the top flight.

12th place Baroka FC and bottom club Maritzburg United meet in a match that takes on the air of a playoff. A win for the Team of Choice guarantees they will avoid finishing at the foot of the table. Baroka have the advantage of being able to just about settle for a draw. Baroka won’t be able to relax as long as United remain in the game, Eric Tinkler’s side have grabbed vital late goals in their fight to stay up already. While a win might keep United off the bottom it won’t guarantee they will avoid a playoff against NFD runners up, Stellenbosch FC.

Free State Stars and Chippa United can save themselves but need to do so against PSL heavyweights. Stars bemoaned their treatment by officials in the penultimate round where they played out a 1-1 draw against Chiefs. Chippa will take some confidence from their fellow strugglers ability to get the best of Amakhosi for large parts of the fixture as they prepare for their final round clash. Stars however face a Sundowns team with a point to prove and a title to win.

Black Leopards need to come away with something from their clash with high-flying Cape Town City to get themselves away from the drop zone.