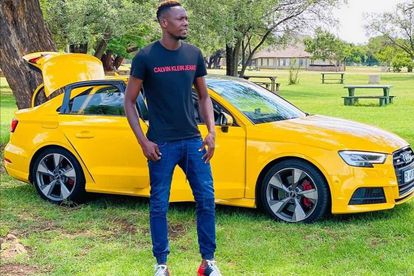 Kaizer Chiefs have one of the biggest wage bills in African football let alone South Africa with Amakhosi backed by considerable financial clout.

Here we look at the five players who have the highest wages in the squad. The figures do not include bonuses, sponsorship fees or any additional sources of income.

The 34-year-old Zimbabwean midfielder has stepped up into the captaincy void left by the injuries to Itumeleng Khune but has also established himself as an integral part of Ersnt Middendorp’s side.

Katsande’s influence on the side is born out by Kaizer Chiefs struggles when he is absent. With him in the side Chiefs have won 16 of 20 matches this season while they have lost five of the seven matches he has missed.

He renewed his contract with Chiefs earlier this season and is believed to be on a R200,000 per month basic salary.

Eric Matoho’s partnership with Daniel Cardoso at the heart of Kaizer Chiefs defence has been central to the club’s success this season.

“Tower” Mathoho has committed the prime of his career to Chiefs and has been rewarded with a more than decent salary of R220,000.

The 30-year-old centre back has appeared 24 times for the Glamour Boys across all competitions this season and has shown that he can be a goal threat from set pieces, netting four PSL goals.

Parker returned to South African football in 2011 after a frustrating bid to break into European football ended with his release from Dutch club FC Twente.

He has nonetheless proved valuable to Kaizer Chiefs who have offered the player several extensions and helped him get back into the Bafana Bafana frame.

Khune had a nightmare 2019 ruined by injury, but the club have shown great faith in their skipper and continue to pay his large salary while he was sidelined.

The Bafana Bafana stopper was the best goalkeeper in South Africa when he signed the multi-year deal he is currently on at Kaizer Chiefs and hopes to get back to his best.

Khune will have to battle Daniel Akpeyi for the gloves, while the Nigerian might be in line for an increase after helping Chiefs to the top of the PSL table.

Billiat has had his own injury problems and is yet to truly justify the massive wages he has commanded at Kaizer Chiefs.

The impact on Kaizer Chiefs wage bill was mitigated by being able to sign the Zimbabwe playmaker on a free from rivals Mamelodi Sundowns.

Chiefs pay R10 million per year to Billiat before the taxman takes their cut. His current contract expires in June 2021 and he is currently the highest-paid player in the PSL.