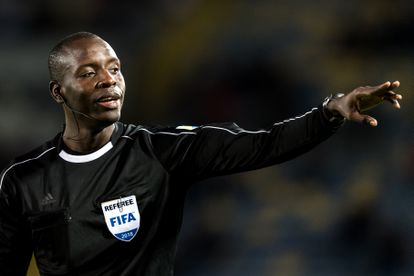 SAFA President Danny Jordaan has come down like a ton of bricks on Maguette N’Diaye, after the Senegalese referee put in a disasterclass of a performance during Bafana Bafana’s loss to Ghana on Sunday.

Maguette N’Diaye: What did the referee do wrong?

Most of you will know the story inside out, but for those that don’t, a near-travesty of justice was carried out over the weekend. Maguette N’Diaye made a series of dubious decisions that adversely affected South Africa, and he eventually awarded the penalty that sent Ghana through to the next round of the World Cup – at Bafana Bafana’s expense.

The fallout from the game has been nuclear – but this issue goes way beyond ‘sour grapes’.

SAFA officials were convinced that they had witnessed an act of match-fixing, and these claims have since been backed up by a trove of evidence gathered in the past few days. The referee himself is accused of threatening to book Ronwen Williams – BEFORE the match had even started.

Bafana Ghana drama: When will FIFA make a decision?

FIFA is expected to make a final decision on the matter by 23 November. SAFA has demanded a rematch, but Jordaan wants to go one step further – and have Maguette N’Diaye banned from officiating in the 2022 World Cup.

FIFA has set next week for the hearing of South Africa's protest against Ghana and Senegalese referee Maguette Ndiaye. Safa lodged a complaint to Fifa after several questionable decisions by Ndiaye in the 1-0 defeat to Ghana on Sunday. #GHARSA #BafanaBafana #SAFA pic.twitter.com/SqNiVcwBRx

Maguette N’Diaye ‘must not go to the World Cup’ – SAFA

Former ref Ace Ngcobo, who helped present a dossier of evidence to prove the match with Ghana was fixed, has also supported these claims – telling the press that somebody who ‘makes it his mission to unlawfully manipulate a match and influence its outcome’ cannot possibly represent Africa on the highest stage.

“I think the painful part is this, based on analysis of his performance, the referee’s poor display – particularly in the first half – could never have been considered in any World Cup or even qualification match. The way Maguette N’Diaye officiated the game… you cannot send him to the World Cup finals.”

“How is it that one person, with the same level of experience, can have such a contradictory application of the mind, and application of the laws of the game? It leads to a lack of integrity, possible dishonesty, manipulation, and so on.”

“If that is found during the FIFA investigation, Maguette N’Diaye also similarly can never go to the World Cup. We cannot subject any other nation to what we have found here.”