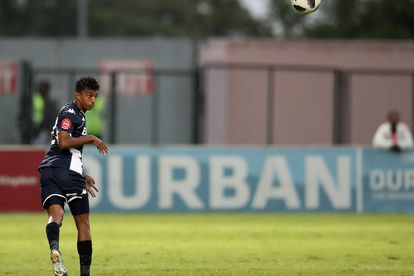 Doutie broke through as a teenager at Ajax in the 2007/2008 season, and many saw him as one of the most exciting prospects in South African soccer at the time.

READ | ITUMELENG KHUNE IS OFFICIALLY BACK AND WITH A NEW CLUB!

Over a near 15-year-career, he played for a host of teams, including SuperSport United, Pirates and Bidvest Wits, while he also had spells in India and Sweden.

Doutie has now decided to call time on the game, and posted a heartfelt retirement message on his Facebook page

“As I embark, I will leave you with this beautiful memories,” Doutie wrote.

“Ajax Cape Town: my home, where you raised me from being a boy to a grown man, where I learned life through football and I will always be grateful for that. We created beautiful memories with in a short space of time.

“Orlando Pirates: thank you for letting me achieve the dream of playing for one of SA’s biggest teams in South Africa, and in Africa! We also had beautiful memories with in a short space of time. MTN8 Winners, Telkom Knockout winners.

“Supersport United: Thank you for reviving me and bringing me to Pretoria. My heart will always be blue and we also created beautiful memories together. Nedbank cup winners = qualification Caf Confed Cup , MTN8 runners up, Nedbank runners up.

“Atletico De Kolkata: Thank you for giving me my first opportunity ever out of my home country South Africa. We also became the Champions of the Indian Super League!!! as well as me being the best passer of the league with the most assist in the ISL.

“Sweden, Varnamo: A challenge where it was a different one, joining through half of the season, then trying to revive and save the team from relegation. I’m glad I could take you to the playoffs with my winning goal. Thank you for letting me experience Europe for the first time ever.

“Bidvest Wits, thank you, I still had desires to achieve at least one trophy for you after everything you have done for me and I will be forever grateful. Our last season we finished 4th with 7 points away from number 1!

“Jamshedpur thank you, this was the most difficult period ever knowing I had injuries holding me back but thank you for being by my side and showing me you never gave up on a player. Thank you.

“We got recognition, you had a player named amongs the best XI, at the age of 23 in Africa. I will always wear the countries badge in my heart as we flew the flag as high as we could.

“To my entire family , former coaches , former teammates , friends and supporters, I appreciate you guys and love you all.

“Praises to the Almighty above, for all the blessings, everything would have not been possible without the Almighty, Shukran ALLAH for everything ALGHAMDULILAH.

“Goodbye to the beautiful game.”

Off-duty traffic officer GUNNED down while driving with friends

ANC KZN: No women in the running for top position – voting is underway

Banyana Banyana vs Morocco: How to LIVE STREAM!