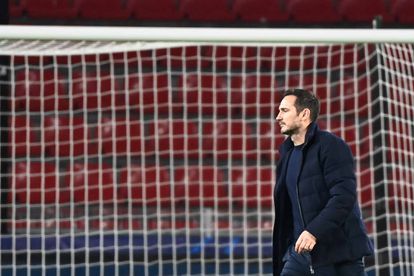 Match Day Ten kicks off on Friday, with the last fixture in the round taking place on Monday.

EPL fixtures on the weekend

Kicking off the weekend’s EPL fixtures is a mouth-watering clash at Selhurst Park, where Crystal Palace take on Newcastle United. The match kicks off at 19:30 on Friday.

Champions Liverpool are in action early on Saturday afternoon, as they travel to Sussex for a clash against Brighton and Hove Albion, before Manchester City welcome Burnley to the Etihad later on in the day.

In the evening, Everton has a tricky task on their plate in the form of Leeds United.

The last of Saturday’s EPL fixtures pits West Bromwich Albion up against Sheffield United at The Hawthornes.

Three more matches are on the card on Sunday, beginning with Man United’s trip to St Mary’s to lock horns with Southampton.

The rest of the day’s EPL fixtures take place in London, where Chelsea welcome city rivals Tottenham to Stamford Bridge for what is undoubtedly the pick of the weekend.

Another North London club in Arsenal is also in action, as they host Wolverhampton Wanderers at The Emirates.

The weekend’s EPL fixtures conclude on Monday with Leicester City hosting the struggling Fulham. At the same time, London Stadium is the backdrop in the battle between West Ham and Aston Villa.

Brighton and Hove Albion vs Liverpool at Falmer Stadium – 14:00

West Bromwich Albion vs Sheffield United at The Hawthornes – 22:00