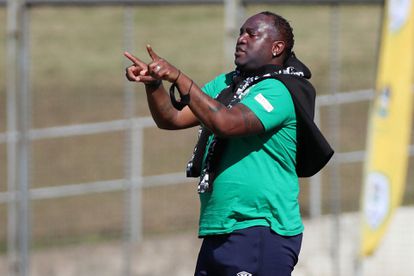 Following the draw at the CAF headquarters in Cairo, Egypt on Tuesday, AmaZulu were drawn in Group B alongside Raja Casablanca, Horoya and ES Setif. In their first of six group stage matches, AmaZulu will head to Morocco where they will play Raja Casablanca on the weekend of 11/12 February.

READ | ORLANDO PIRATES: WHAT DO BUCS NEED IN THIS TRANSFER WINDOW?

Although AmaZulu boss Sandile Zungu has suggested many might view the KwaZulu-Natal team as “whipping boys” in that group, it’s clear that McCarthy is confident his team can cause a few surprises.

“When I joined the club, I was very ambitious. I said my goal and my aim was to unsettle the top four in the league. I think it was possible with the mentality, the mindset that I have, the winning mentality and the passion. That is what I instilled in the players, we sort of just went for it,” McCarthy told Cafonline in a recent interview.

“We said now that we reached second place and we’re into the Caf Champions League knockout stages, why stop there? We continue with that mindset that we want to achieve. We want to be among the best teams on the continent,” he added.

When also speaking to the CAF website, captain Makhehlene Makhaula said despite it being a “tough group”, he was confident that Usuthu would be well prepared.

“We are playing against two teams from North Africa and it’s going to be a good experience for us.

“It’s going to be good for South African football and for the people of KwaZulu Natal, our supporters.

“It’s a difficult group but we are going there to compete and not add numbers.”

On paper AmaZulu have a dream draw

Usuthu entered the draw earlier this week as one of three unranked sides in Pot 4 – and faced a potentially nightmare scenario in the 16-team group phase.

Meanwhile, Mamelodi Sundowns and reigning champions Al Ahly were both drawn in Group A. The other two sides in that group are Sudan outfits Al-Hilal FC and Al-Merrikh SC.

Only the group winners and runners-up will qualify for quarter-finals.