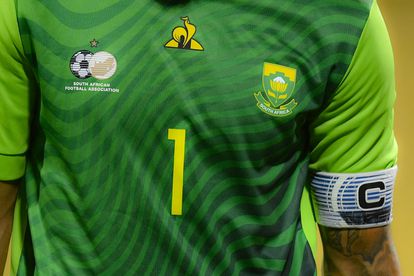 Bafana Bafana are chasing their first victory over Ethiopia on Saturday 9 October, as they seek to take control of Group G of Caf’s World Cup qualifying.

Here we predict the potential lineup for Bafana Bafana to face Ethiopia at the Bahir Dar Stadium on Saturday 9 October.

Barring a COVID-19 positive or an injury Ronwen Williams will start in goal for South Africa as the team captain and obvious first-choice gloveman.

Sifiso Hlanti’s recent sending off and poor form for Kaizer Chiefs is likely to see Sydney Mobbie retain his place as the starting left back.

Hugo Broos hasn’t picked a specialist fullback to be deployed on the right hand side of defence, suggesting that he might opt to deploy Njabulo Blom in the position after his impressive run deputising at right back for Kaizer Chiefs.

As a centre back pairing Siyanda Xulu and Rushine de Reuck ensured that Bafana Bafana kept Ghana quiet last time out, and we’d expect Broos to keep faith in the duo.

Teboho Mokoena and Mothobi Mvala should start as the central midfield pairing provided both come through the testing regime. The pair were excellent against the Black Stars and appear well suited to Broos’ style.

Ethan Brooks started against Ghana but it would be a surprise to see him start ahead of Sipho Mbule in Bahir Dar.

Percy Tau has been left out of the Bafana Bafana squad which should open up a place in the front three for red-hot Royal AM striker Victor Letsoalo.

Broos should retain faith with Evidence Makgopa up front despite a mediocre run in the qualifiers to date.

After netting the winner against Ghana, Bongokuhle Hlongwane should complete the Bafana Bafana starting XI.