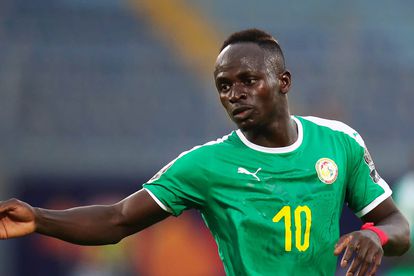 Algeria and Senegal square off in a repeat of a group stage match in the 2019 Africa Cup of Nations final on Friday. In that outing, The Teranga Lions were completely outfoxed by their opposition. Surely, they won’t be fooled twice?

Out of all the teams who have taken part at the tournament, Algeria have been the most inconsistent. Senegal have had smatterings of brilliance, but they have their work cut out for them.

Algeria midfielder Adlene Guedioura says Friday’s Africa Cup of Nations final against Senegal represents the “match of a lifetime” as his country bids to capture the title for a second time.

The Desert Foxes lifted their lone trophy on home soil in 1990 but coach Djamel Belmadi has reinvigorated a team that crashed out in the group stage two years ago and then flopped in World Cup qualifying.

“I think it’s the match of a lifetime for a lot of players in the team and for Algeria,” said Guedioura, who at 33 is the oldest member of the squad.

The Nottingham Forest journeyman has started five of six games in Egypt and insisted much of the credit for Algeria’s eye-catching performances must go to former national team midfielder Belmadi.

“It’s important for Algeria because we used to have good individuals and now we feel very strong as a team and we want to achieve as a team.”

For Liverpool standout Sadio Mane, this is a chance to fulfil his “wildest dream” as one of just a handful of Africans to win both the UEFA Champions League and Cup of Nations.

For the marquee name in a Senegalese side ranked top of the continent, and a surprising 46 places above Algeria, the ride to the final for Mane and the Teranga Lions has encountered its share of roadbumps.

Two missed Mane spot-kicks, a group stage loss to Algeria, and the loss of goalkeeper Edouard Mendy to a broken finger have tested Senegal’s resolve in their quest for the Holy Grail of African football.

Coach Aliou Cisse is on a mission for personal redemption. He was the skipper of the side beaten on penalties in the 2002 final, with his missed kick handing the title to Cameroon.

“Having lost that final, I still have it on my mind,” said former Paris Saint-Germain and Birmingham City midfielder Cisse.

“What motivated me to become a coach was to be able to take Senegal to the final. My players told me they would do better than my generation.”

A maiden Cup of Nations for his country is a prize for which Mane readily admitted he would trade in last month’s Champions League title.

“I’m ready to even swap a Champions League for a Cup of Nations. Going to Dakar with the trophy would be extraordinary. It would be my wildest dream,” Mane told France Football ahead of the competition.

Standing in the way, however, is an Algerian outfit that has undergone a remarkable transformation since the arrival of Djamel Belmadi as coach a year ago.

The boffins are backing Senegal to put their group showing behind them with a 36% win percentage. Algeria are looking at a 31% win prediction, with extra time a 33% possibility.

These two have met 22 times down the years, with Algeria sealing victory on 12 occasions. Their dominance is bolstered by six draws and just four Senegal victories in that time.

What time and where to watch

In Africa, SuperSport 4 will broadcast the final.