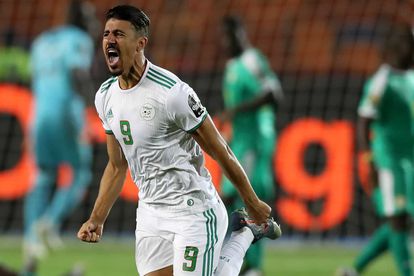 Bounedjah gave Algeria a dream start in the second minute when his deflected shot looped over Senegal goalkeeper Alfred Gomis, and it proved enough for the 1990 champions to lift the trophy on foreign soil for the first time.

For Senegal, who lost to Algeria by the same scoreline in the group stage, the long wait for a first continental crown goes on as coach Aliou Cisse, the captain of the 2002 runners-up, again fell short in the final.

It was the first title-decider to feature two African coaches since 1998, with Algeria boss Djamel Belmadi completing a whirlwind 12 months at the helm after inheriting a side that failed to make it out of the group stage two years ago.

Senegal vs Algeria: As it happened