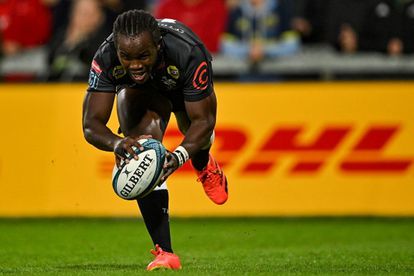 The Sharks will also have their sights on moving up the table when they meet Benetton at Stadio Monigo on Saturday.

They will attempt to build on their victory against the Bulls two weekends ago.

It won’t be easy though as the Italians have done well this season and occupy ninth spot on the log.

Apart from the test presented by playing in vastly different conditions to that which the teams have been experiencing at home this year, it will also give them a good taste of what to expect when their overseas rivals tour South Africa after next week’s short break.

Sharks coach Sean Everitt said: “There are no easy games in the URC. Although the Six Nations is on at the moment Benetton have a wealth of international players still with them who aren’t involved in Six Nations rugby at the moment.

“They aren’t losing too many players from the pack, and we won’t be taking anything for granted. We need to focus on the job at hand which is to try get maximum points out of the next seven games which would leave us in a very good space.”

“They are a physically very tough team,” Thomas Gallo said.

“They have several players in the squad who play with the Springboks.

“For us, from this point of view it will be thrilling to meet players of this calibre, even if we know it will be very tough.

“I believe that the defence will be the main aspect in which we will have to shine.”