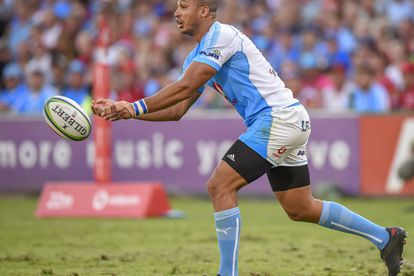 Travis Ismaiel of the Vodacom Bulls during the 2018 Super Rugby game between the Bulls and the Lions at Loftus Versveld, Pretoria on 03 March 2018
© Christiaan Kotze/ BackpagePix

Travis Ismaiel of the Vodacom Bulls during the 2018 Super Rugby game between the Bulls and the Lions at Loftus Versveld, Pretoria on 03 March 2018
© Christiaan Kotze/ BackpagePix

Springbok and Bulls wing Travis Ismaiel has announced his retirement from rugby due to an ongoing shoulder injury.

After sustaining a shoulder injury in November 2020 he has been medically advised to retire.

According to Netwerk24, Ismaiel, still only 29, announced that he will be hanging up his boots following a nine-year professional career.

“I sustained the injury in November and upon my return to action in a club rugby game, I reinjured the same shoulder,” Ismaiel said.

“The doctor said there was nothing he could do to repair my shoulder.

“It was a difficult decision to make, I had many sleepless nights. But in the end, the risks outweighed the rewards for me if I continued playing.”

READ | RASSIE ERASMUS BACK AS COACH AS SPRINGBOKS RESUME TRAINING

Cape Town-born Ismaiel is expected to move back to the Mother City with the aim of completing his studies in the software development field.

Ismaiel played one Test for the Springboks against Wales in their 22-20 defeat in Washington DC in June 2018.