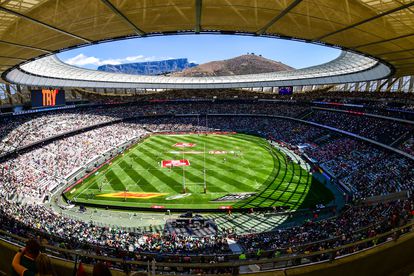 The Blitzboks will face Germany or Chile and the Springbok Women’s Sevens team are up against France in their opening encounters of the Rugby World Cup Sevens, as the first match-ups for the highly anticipated tournament have been revealed with 50 days to go until the three-day pinnacle event kicks off in Cape Town, South Africa on 9-11 September.

The innovative ‘winner takes all’ knock-out competition format first introduced at Rugby World Cup Sevens 2018 means every match counts as teams will need to win every time they enter the pitch in order to become world champions.

The 16-team women’s tournament begins with the round of 16 knock out matches based on seedings on the first day of competition, meaning fans will be kept on the edge of their seats from the very first kick to the last.

The 24-team men’s competition also begins on day one with a qualification round involving teams seeded from nine to 24. The winners of the qualification round will progress to the round of 16 where they will take on the top eight seeded teams, while the losers will go into the Bowl competition which will decide positions 17 to 24.

There will be some hard-fought matches in the qualification round as ninth seeds Ireland, who have been in outstanding form on the World Series this year, play Portugal, who overcame core Series team Spain in the European qualifier last weekend to claim their place in Cape Town.

Germany and Chile who have both impressed as invitational teams on the World Series come face-to-face in the qualification round where fireworks can be expected with survival at stake.

Hosts South Africa are top seeds in men’s tournament following a remarkable 36-match winning streak which saw them win six rounds of the World Series in a row across 2021/22.

However, they will face stiff competition with Australia seeded second and double Olympic champions Fiji seeded third. New Zealand are the reigning men’s champions and are seeded fifth coming into the event.

The seedings for both men’s and women’s competitions were based on points accrued during the HSBC World Rugby Sevens Series in 2020 and 2022, while teams who do not participate on the Series were seeded using their rankings gained at World Rugby Sevens events and regional ranking positions ending in July 2022.

World Rugby Chief Executive Alan Gilpin said: “The release of the match schedule with 50 days to go is a really exciting moment on the road to Rugby World Cup Sevens 2022 in Cape Town. Players, teams and fans can now fine-tune their plans and prepare for what promises to be a truly spectacular three day showcase of world class rugby sevens.

“With its iconic location, and passionate, international fanbase, the first Rugby World Cup in South Africa since that special event in 1995 promises to be another must watch, history making celebration of rugby’s power to unite and inspire people from all countries and backgrounds.

“Rugby Sevens is an incredibly fast, skilful, dynamic and dramatic sport, which continues to grow in popularity around the world following a second highly impactful Olympic Games competition in Tokyo last year.”

Rugby World Cup Sevens tickets are still available at www.rwcsevens.com and fans are urged to support their teams from the first day of action on Friday 9 September as the unique competition format means every match counts.