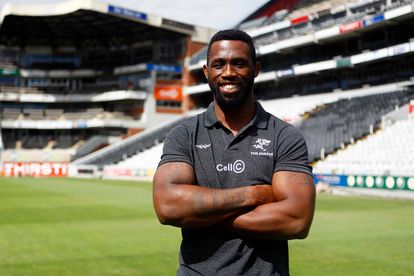 It appears the Kolisi family have decided not to uproot their children in the Western Cape as Siya Kolisi begins the next chapter of his career at the Sharks in Durban.

READ | WP ‘LOSE’ OUT ON ALL BLACKS FLYHALF

WP Rugby confirmed last Sunday that the Springbok skipper would be leaving the union having spent his entire 11-year career to date at Newlands.

On Wednesday the worst kept secret in SA rugby was confirmed when the Sharks announced the signature of the 29-year-old.

While several rugby players haven’t resided permanently in the province they’ve represented – Duane Vermeulen and Schalk Brits stayed in the Cape while playing for the Bulls – it appears the Kolisis have elected to do the “long distance” thing for the remainder of 2021 at least.

Rachel Kolisi and three of the couple’s children were all photographed wearing Sharks caps, colours and/or tops.

IN CLOSING | SIYA KOLISI IS FINALLY CONFIRMED AS A SHARK