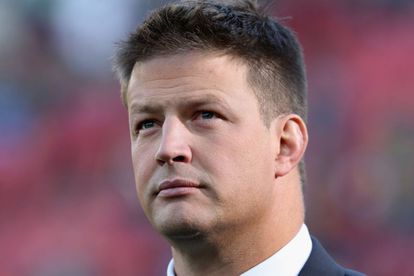 The Western Province Rugby Football Union remains under the administration of the SA Rugby Union, but WPRFU’s professional arm has long been in the market for a private equity partner that could further bolster the strength of the Stormers.

Just last season, the Stormers defied the odds to win the inaugural season of the United Rugby Championship, which further served to raise the stocks of the franchise and its players.

The Stormers have made another encouraging start to the new season

Without giving too much away, former Springbok captain Bobby Skinstad – who previously played for the Stormers and Western Province during an illustrious career – has hinted that the Stormers is “one of many teams” he may be interested in.

Since retiring from the game, Skinstad has worked as a public speaker, sports pundit, entrepreneur and private investor, and the 46-year-old is apparently involved in an international consortium that could see value in the Stormers.

Speaking during an online forum, organised by the United Rugby Championship, Skinstad certainly made some interesting comments about the success of South Africa’s move to the URC, as well as the Stormers.

“Well done to the URC management, as well as the South African Rugby Union and the URC teams to have the vision,” Skinstad said, as quoted by Rugby365. “I am interested in many teams, one of them being the Stormers.

“It is one of the most popular sports in the world. We have seen the interest in the upcoming World Cup [in France in 2023]. The last four weeks I have been to full stadiums all over the World – not least of all in Dublin.

“I saw 70,000-plus Irish fans watching a resurgent Ireland team at the top of their game knock over South Africa. It is a sport that is on the up and staking its claim worldwide. This league, the URC, is getting it right.

“The game is wobbling in some leagues and we don’t need to mention who is wobbling. In the URC there are some prized assets and they can be proud of that.”