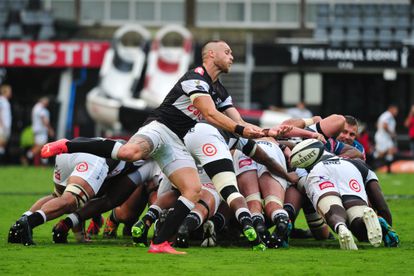 Western Province have been eliminated from the playoff race but won’t be in the mood to do the Sharks any favours.

The Sharks will play the first hand in a Currie Cup semi-final battle, before the Pumas and Griquas settle matters.

To put Griquas in any danger, the Sharks have to beat Western Province by a monstrous margin.

Head coach Etienne Fynn has made a number of changes to the side, bolstering the match 23 with United Rugby Championship players available for this vital match as the fight for log positions reaches an exciting finale.

The Sharks must win, and win well against a side that has won just twice in 11 outings. Like the Lions in the last couple of weeks, Province will throw everything into this match, knowing that there is little else but pride to play for.

With five debutants involved in last week’s penultimate match, Fynn admitted that the excitement they brought was impressive against a strong Sigma Lions team.

“We played the Lions URC team, and while it was not a faultless performance, it was certainly a committed one, from which we took two valuable log points, with everything to play for against Western Province.

“All our preparation has been done for Friday’s game, now it’s all about execution.”

Juan de Jongh will captain Western Province in their final Carling Currie Cup match of the season against Sharks in Stellenbosch on Friday.

The experienced De Jongh takes the captaincy for the coastal clash, which kicks off at 16h00 on Friday at the Danie Craven Stadium.

Tristan Leyds is at flyhalf, with Sergeal Petersen at fullback and Ebenezer Tshimanga coming into the starting line-up on the left wing.

There are two changes to the forward pack, with Shaine Orderson making his first start on the flank and Lee-Marvin Mazibuko at tighthead prop.

Western Province Head Coach Jerome Paarwater said that his team will be aiming to send their campaign on a high in Stellenbosch.

“The players are determined to show how much it means for them to play in this jersey and we will be giving it everything we have while also enjoying the experience on Friday.

“We want to finish strong and show what we are capable of, so it should be a great game against a strong Cell C Sharks side,” he said.