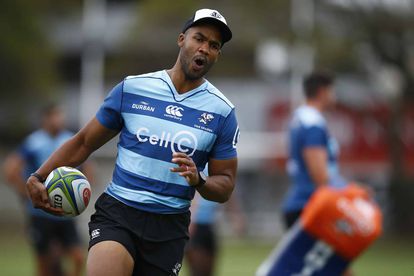 The Currie Cup commences in January, with the Sharks set to compete in two competitions concurrently.

As a result of the Currie Cup and United Rugby Championship overlapping, former Springbok prop Etienne Fynn has been appointed as head coach for the Currie Cup campaign and is supported by a new set of coaches that will lead the Sharks in South Africa’s premier domestic rugby competition.

Fynn is no stranger to coaching, having held the role of forwards coach over variousSharks campaigns in the past two years.

He will be joined by a legend of Sharks and Springbok rugby JP Pietersen who takes the reins of assistant coach for the campaign.

“Pietersen not only brings vast playing experience and is well-versed in what it takes to be successful but is also highly respected by the players who can relate to him. His contributions and involvement in this campaign will be immense,” a statement read.

Both coaches will be assisted by the specialist coaches in our set-up namely Warren Whiteley (lineouts), Phiwe Nomlomo (off-the-ball and skills), John McFarland (defence) and Aksventi Giorgadze (scrums) who will share overlapping duties in the respective competitions.

Speaking on the Currie Cup coaching team appointments, Sharks CEO Dr. Eduard Coetzee said: “Building player depth is important, but equally crucial is having coaches in our set-up that can be upskilled and are able to make a seamless transition to the next level. Creating pathways for growth and success is very much within our DNA and these appointments speak to that vision.

“We are confident that Etienne, JP and all the other coaches involved in this campaign will bring the best out of the Currie Cup squad and we remain committed to providing a strong platform for them to thrive.

In a first for a Sharks senior men’s team, Lusanda Mtiya has been appointed team manager for the Sharks Currie Cup campaign. Mtiya herself is an accomplished rugby player, having represented both the Springbok and KZN Womens’ teams as well as being part of the KZN Referees’ Panel.

“Lusanda’s appointment speaks of The Sharks commitment to provide equal opportunities for women in our sport and her involvement creates gender diversity within the set-up of our rugby structures,” added Coetzee. “She is a welcomed addition and will bring a feminine touch and a strong voice to the team environment.”