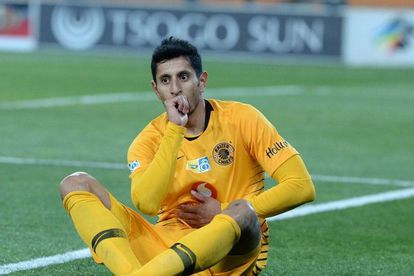 A goal a the stroke of half-time was enough to hand Cape Town City the victory as they defeated Maritzburg United at Harry Gwala Stadium in the only MTN8 fixture on Saturday.

Twenty-year-old Keanu Cupido was the hero for the visitors as he registered his first goal in the Citizens’ colours, which guaranteed a semi-final spot for Benni McCarthy’s men.

Orlando Pirates’ return to the MTN8 was shortlived as they fell on penalties to defending champions Supersport United after the game ended 2-2 after extra time.

Augustine Mulenga opened the scoring in the 15th minute, before the visitors’ skipper Dean Furman levelled matters just after the half-hour mark.

Supersport started the second half on the front foot as they took the lead through Evans Rusike three minutes after the break but, 12 minutes later, Gladwin Shitolo restored parity as the regulation time ended without a further goal being added.

Pirates could have sealed the game late into extra time after they were gifted a penalty, but it was not to be as Mulenga squandered the chance to force the match into a shootout.

Two consecutive misses by Innocent Maela and Thembinkosi Lorch ensured that the Buccaneers were in the back foot for much of the shootout as the men in blue were the calmer of the two sides, marching on to the semi-finals with a 4-3 win.

The clash between Kaizer Chiefs and Free State Stars at FNB Stadium saw the hosts secure a semi-final spot with a 3-0 win.

It took just 20 minutes for Amakhosi to get on the board, courtesy of Daniel Zuma, as they held on to go into the break a goal up. The second half saw Leonardo Castro register his second goal in as many matches to make any chance of a comeback for Ea Lla Koto unlikely.

With 13 minutes of stoppage time added to the clock, Khama Billiat put the result beyond doubt right at the stroke of fulltime when he scored his first competitive goal in Kaizer Chiefs colours to make it 3-0.

Mamelodi Sundowns were the first to book their place in the MTN8 quarterfinals when they beat Golden Arrows 2-0 at Lucas Moripe Stadium on Saturday.

A beautiful team effort finished off by Sibusiso Vilakazi gave the hosts the lead with just six minutes to go before the break. The second goal came from an unlikely source, as Wayne Arendse got on the end of a Gaston Sirino cross, which evaded everyone in the Arrows box before meeting the path of the defender who headed home from the far post.

Springboks could slip to THIRD in world rankings on Saturday: Here’s HOW!

Addiction through the eyes of a former addict