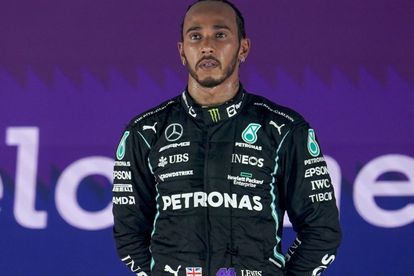 Last season, Hamilton was cruelly denied a historic eighth world title in Formula One in dramatic and controversial scenes that saw Max Verstappen overtake him on the final lap of the final race.

The duo had gone into that race level on points, and Hamilton subsequently looked to be cruising to victory before a safety-car controversy and polarising decision from former race director Michael Masi went in favour of Red Bull and Verstappen.

At the start of a new season, which has already seen two races take place over back-to-back weekends recently, Mercedes have openly admitted there are serious issues with their car and they look miles away from being able to compete for any titles in 2022.

Hamilton secured a fortuitous podium in the season-opener, but embarrassingly crashed out of Q1 qualifying in Saudi Arabia last weekend, before ultimately finishing in a lowly 10th position on race-day.

The seven-time world champion has now opened up about his struggles as he wrote a revealing post on his Instagram story.

“It has been such a tough year already with everything that is happening around us. Hard some days to stay positive.

“I have struggled mentally and emotionally for a long time, to keep going is a constant effort but we have to keep fighting. We have so much to do and to achieve.

“I am writing to tell you it is OK to to feel the way you do, just know that you are not alone and that we are going to get through this.

“Let’s remember to live in gratitude for another day to rise. Sending you love and light.”

The post comes after Hamilton admitted that “I just want to go home” following the Saudi Arabian GP last weekend, with many believing the street circuit was too dangerous, while the English superstar was thought to be one of those strongly in favour of cancelling the race after a missile attack on an oil depot just 10 miles from the circuit.

FORMULA 1 WORLD DRIVER’S CHAMPIONSHIP STANDINGS, WITH HAMILTON DOWN IN FIFTH