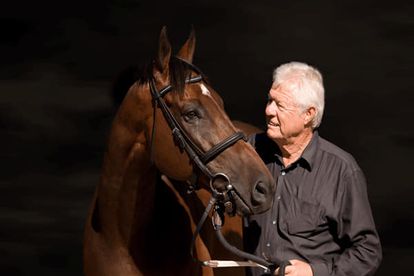 The great Pocket Power, a legend of South African racing, has died a day before what would have been his 19th birthday. Photo: Facebook – Bass Racing Stables

The great Pocket Power, a legend of South African racing, has died a day before what would have been his 19th birthday. Photo: Facebook – Bass Racing Stables

The great Pocket Power, a legend of South African racing, has died a day before what would have been his 19th birthday.

The champion, who won 20 races before being retired in 2011, was found dead in his camper on Saturday morning by Hemel ‘n Aarde stud farm owner David Hepburn-Brown.

“It was a heart attack and we’re all devastated. My farm manager, Wendy, groomed him yesterday afternoon and he ate all his food and was in good health. This morning we found him lying there … it’s a huge loss.”

Pocket Power had a distinguished racing career trained by Mike Bass and set records when becoming the first horse to win four consecutive Grade One Queen’s Plates and three J&B Mets. He also dead-heated to win the 2008 Durban July and was named Equus Horse of the Year three times, from 2007-2009.

Hepburn-Brown said that Pocket Power had put Hemel ’n Aarde on the map and the stud farm became a tourist attraction.

“Over the years in his retirement he had a special place on the farm. People would come from far and wide to see him and from the farm’s point of view it was great to have him here.

“But, he was more than that. He has become part of life at Hemel ’n Aarde and he will be greatly missed.”

The man in whose silks Pocket Power carried to victory in those 20 races, Marsh Shirtliff, was understandably distraught at the news.

“The only good thing is that he went peacefully. There were no marks on him and he didn’t suffer. That makes it seem virtually certain that he died of a heart attack.

“He was living out his retirement at Hemel ‘n Aarde where he was best mates with my other July winner from 2017, Marinaresco. Pocket would have been 19 tomorrow, so it’s fair to say this is so unexpected and unbelievably sad,” Shirtliff added.

“He had and will always have a special place in my heart. He gave me the best ride I’ve ever had in racing but he was also larger than life.

“He and Marinaresco were inseparable in the last few years. I’m going to miss him so much,” Shirtliff added.

Also paying tribute was the man who trained him to stardom, Mike Bass.

“He was a great horse who made my whole career. He put the cherry on the top of my training career.

“I still see pictures of him every day on the wall here at Bass Racing’s stables. I hadn’t been out to the farm to see him recently, but I’m very sad that he has died. Very sad. He always gave his best and I will always remember him fondly,” Bass added.