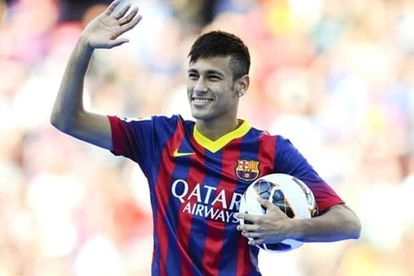 PSG are set to obliterate the world record transfer fee by more than $117m when they secure the signing of Barcelona striker Neymar this week.

The eye-watering switch has been given the green light by both clubs, after Neymar himself pushed for the move in order to establish himself as a future Ballon d’Or winner, feeling his current opportunities in Spain are limited by fellow front-men Lionel Messi and Luis Suarez.

The fee isn’t the only bizarre feature of this move, either: PSG are effectively owned by the Qatari-government, and are – in principle –  a state-owned club.

The money-men behind the Parisian club have thrown caution to the wind with Financial Fair Play rules, and ploughed their fortune into sealing the most remarkable signing in sporting history.

As discussed, the R3.4bn/$261m tranfer fee is just the tip of the iceberg…

How much will Neymar earn?

Take a deep breath here, folks: He is set to earn $1m a week. A bloody week! That’s R13.6m in our money, and will be an annual figure of R707m. He will also make around R200m from his sponsorship commitments.

It’s nice work if you can get it…

What will PSG pay for Neymar?

The deal is over a five year period, so including the transfer fee and his total wages (providing he sees out the five years), the deal is actually pushing $530m dollars… That is a total of R6.8bn. Words actually fail us.

This signing comprehensively eclipses the other top three fees paid for footballers:

There is no doubting that Neymar is one of the most gifted players on the planet, and can certainly be described as world class. Since they were taken over by the endless riches of the Qatari state, PSG have struggled to take themselves to the ‘highest level’.

A signing like this gives them their best ever chance of smashing through the barriers they have faced in European competition.

The amounts being spent are absolutely filthy, and for some, epitomise the ugly side of the beautiful game. But can you put a price on success? A full trophy cabinet for PSG will make Neymar look like a cut-price bargain, should he have the desired effect.