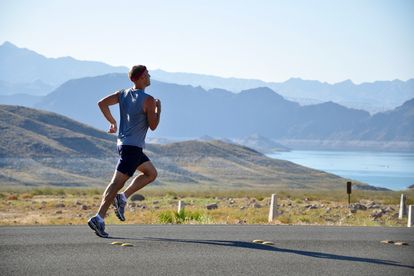 Take a look at the some inventions brought into the sporting world that have had monumental effect onto the Sporting world. Photo: PIXABAY

Take a look at the some inventions brought into the sporting world that have had monumental effect onto the Sporting world. Photo: PIXABAY

South Africans are sports-mad, competitive and have achieved great results on the world stage. It’s no surprise we have invented some very useful products in the sporting arena. So what are these inventions from South Africa?

In 1995, The Shark Shield was invented by Craig Anderson in Durban. The Shark Shield a portable electronic device that emits an electromagnetic field to deter sharks. It is used in many water sports including surfers, divers and swimmers all over the world to protect themselves from these predators.

According to Shark Spotters, there have been over 248 unprovoked shark attacks in South Africa since records began in 1905, good reason to get yourself a Shark Shield.

In 1992, Speed Gun, a device that measures the speed of cricket balls, was invented by Cape Town born inventor and entrepreneur Henri Johnson from Somerset West. It was formally launched at The Oval in England during the 1999 Cricket World Cup.

In 1992, the Speedball manufactured by South African firm Electronic Development House using doppler radar technology, was also invented by Johnson. The device accurately measures the speed and angles of speeding objects such as cricket and tennis balls. It is used in various sporting tournaments. Johnson’s inventions are sold in cricketing countries across the world and are also used at PGA events.

In 1989, the flightscope was invented by Johnson. It is a radar system used by professional golfers for analysing record trajectory, their launch angle, speed and direction. The device is used on driving ranges by golfers to improve their game.

Here’s one you didn’t know! It is believed that in 1743, Jukskei a folksport originating from the Cape, thought to be the forerunner of the American game Horseshoes was invented. Played by the ox-drawn wagon drivers, they used wooden pins of the yokes and threw them at a stick in the ground. In 1939, it became an officially organised sport when the rules were formalised and a union created.

5. Is it even South Africa without, the Vuvuzela?

Made famous globally during the 2010 Football World Cup in South Africa, you may think we’re now stretching the sporting link a little! But you’ll see it’s perhaps more of a sporting link than you thought.

In 1965, Freddie ‘Saddam’ Maake claimed to have invented the vuvuzela by fabricating an aluminium version in 1965 from a bicycle horn. Since it derived from cycling, although cycling horns are not used in the Tour de France, we thought it could be classified as a sport invention!

Do you know of any other inventions we should feature, sporting or otherwise?