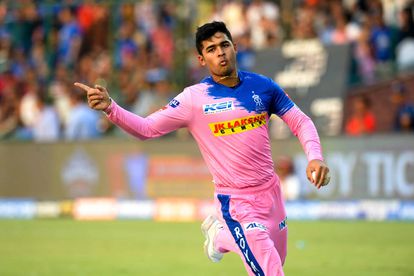 The youngest players in the IPL in 2020 were born in the 21st century, some of them a whopping 23 years younger than the oldest in the tournament.

The competition got underway over the weekend, with two of its senior citizens, who also happen to be among the best players the game’s shortest format has seen, missing out of the action.

Some of the player who will be aiming to make a name for themselves include the youth brigade, with a handful of teenagers making the eight squads ahead of this year’s edition.

Rajasthan Royals boast the most youthful squad, with three of its teenage brigade making the top five for the youngest players in the IPL.

Youngest players in the IPL

You’d be forgiven for thinking Mujeeb Ur Rahman is at least in his mid-twenties, given how long he has featured in the IPL.

The talented off-spinner from Afghanistan – who became the first international male cricketer born in the 21st century when he appeared in his country’s Test debut in 2018 – is in his third season in the prestigious tournament, despite only turning 2020 next March.

Looking to make his IPL debut is bowling all-rounder Abdul Samad, who will be turning out for the star-studded Sunrisers Hyderabad.

At just 17 years and 175 days, Rayan Parag became the youngest player to score an IPL half-century in the previous edition of the tournament, and comes into the 2020 competition aged just 18.

India Under-19 international will also be turning out for a youthful Rajasthan Royals side in IPL 2020.

The youngest player in the IPL this year, and the only one born in 2002, is left-arm seamer Akash Singh, who is another member of the Rajasthan Royals’ teenage contingent.

WARNING: Winds of up to 65km/h are expected in parts of SA

Springboks-Wallabies: What the crazy stats show!