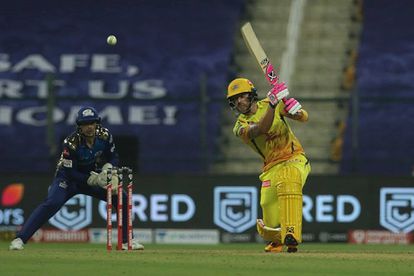 Former Proteas Test skippers Quinton de Kock and Faf du Plessis are laughing all the way to the bank following this past weekend’s two-day IPL auction ahead of the 2022 Indian Premier League.

Du Plessis, now 37, left the Chennai Super Kings after a decade at the franchise as a like-for-like replacement for AB de Villiers at the Royal Challengers Bangalore where he will join forces with Indian superstar Virat Kohli.

READ | EVERY PLAYER SIGNED BY EVERY TEAM

Meanwhile, De Kock, 29, joined the Lucknow Super Giants for $900 000 (R13.7 million) and will be losing no sleep over his decision to quit the Test international area.

Don’t forget, Du Plessis and De Kock will pocket those amounts EACH season should their respective teams elect to retain them beyond the 2022 tournament.

If they are let go, they will re-enter the auction and could potentially be picked up for even MORE!

It really is a win-win situation for two of the greatest exponents of the T20 format to have ever played the game.

Calculating how many matches Du Plessis and De Kock will play in this year’s tournament is a difficult task.

But here at The South African website we thrive on difficult, but the stats and figures below do come with a disclaimer that they may well change wildly between now and the final in May!

What we do know for certain is that each of the 10 teams competing will play a minimum of 14 group matches and could play 15, 16 or a maximum of 17 matches should they reach the playoffs.

Should Du Plessis and De Kock play just the 14 group stage matches, that equates to roughly R1 million every time they pad up and walk to the crease!

Yes, yes we know about taxes and the potential for injury and that rest is required, but the duo represent an IPL dream scenario in that they won’t have national commitments to interfere with selection like so many of their former Test team-mates.

For interest’s sake, last season Du Plessis played 16 matches for the Chennai Super Kings and finished the tournament as the second-highest run scorer with 633 at an average of 45.21 with a highest score of 95*.

He faced 458 deliveries. Should he do the same this time around, that works out at R31 000 per ball faced on his salary of R14.2 million!

The star wicketkeeper-batsman will no doubt be looking for a better season this time around and will need to do so for his rather weak-looking new team to stand any chance of reaching the playoffs.

Last season De Kock faced 256 deliveries and should he do the same this time around, that equates to a staggering R53 515 per ball faced based on his R13.7 million salary this season.

That’s even for the deliveries he misses or leaves!

The dates for what will be the 15th edition of the IPL this season have yet to be confirmed, but the tournament is expected to kick off in late March with the final scheduled for May.