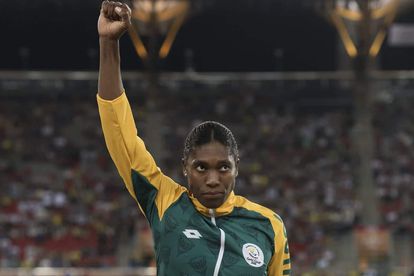 Caster Semenya is set to add two more gold medals to her already full trophy cabinet after Russian middle-distance runner, Mariya Farnisova, saw her appeal to the Court of Arbitration for Sport (CAS) against her disqualification in the 2012 Olympic Games and the 2011 World Championships rejected.

Why is Caster Semenya set to bag two more golds?

You may wonder what in the world this has to do with Semenya. Well, our beloved athlete was the runner-up at both the 2012 Olympic Games and the 2011 World Championships – where the Russian doper won gold.

It’s not actually a new story either, but because the decision, originally handed down in 2017, was appealed by Farnisova at the Court of Arbitration for Sport (CAS), it has dragged on.

CAS banned the Russian athlete for four years in 2017 – and ordered that she be stripped of her medals. The decision was appealed and has now been thrown out.

The medal upgrade now needs to be ratified by the International Olympic Committee (IOC).

Farnisova, who, at the time, went by her maiden name, Savinova, was found guilty of using performance-enhancing drugs in 201.

Thereafter, a decision was made to disqualify all her competitive victories, dating back from 26 July 2010 to 26 August 2013. Her attempt to appeal was later thrown out and instead, she received a four-year ban that would commence from 24 August 2015.

The Athletics Integrity Unit released a statement, highlighting the disappointment the organisation felt regarding Farnisova’s actions:

“The athlete distorted multiple high-level competitions, damaged numerous other athletes and has breached the applicable rules on many occasions using multiple different substances and did so in full knowledge of the circumstances.”