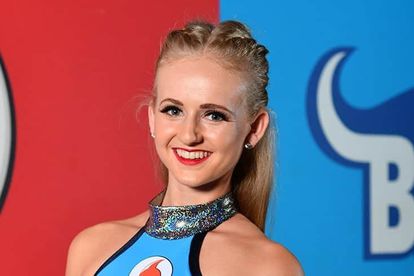 Blue Bulls cheerleader – Catherine Michelle Reynders – was fired after a video in which she liberally uses the k-word surfaced on social media.

The Pretoria franchise released a statement on Friday saying they would not condone any form of racial abuse.

“The Blue Bulls Company would like to confirm that it has requested the immediate release of Catherine Michelle Reynders from the Bulls Babes squad, following the surfacing of a video involving her making racial slurs.

“The individuals that make up the Bulls Babes is managed by an external consultant, which means that Reynders was neither employed nor was she directly contracted by the BBCo. The BBCo, together with the consultant that managers the Bulls Babes, would like to categorically state that we WILL NOT condone any form of racial abuse.”

The video showed both Reynders and her friend Bodene Benade using vulgar language. The video was “accidentally” shared on a Whatsapp Group. You can watch the video below, but be warned, it’s pretty disgusting and might be upsetting.

The Whatsapp messages that followed after the video was shared has also surfaced and both seem to have deleted their Facebook profiles.

Oh this is also what took place in the WhatsApp group where the video was exposed “by mistake”. pic.twitter.com/1dztPimnO6

“Guys, please ignore that, my very drunk friend. I really apologize from the bottom of my heart to anyone that’s been offended,” reads some of the messages follow the accidental posting of the video.

The Bulls, though, had no sympathy and took swift action after the video went viral.