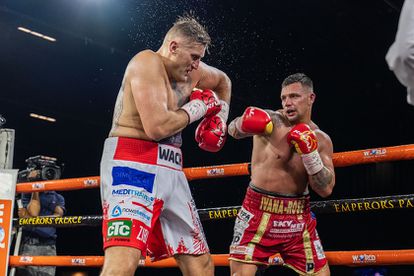 Lerena, in only his second fight in the heavyweight division, won by unanimous decision over 12 rounds.

‘I fear no man’ – Kevin Lerena

“I had good training for the fight,” Lerena said after his win.

“I fear no man, I’m not intimidated at all. It’s just a fight and on the night skills win.”