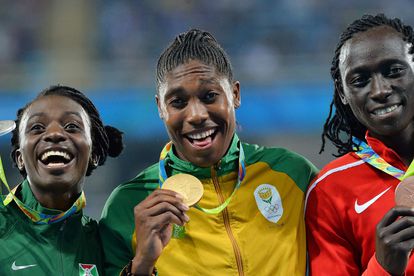 According to Sports Minister, Tokozile Xasa, Athletics South Africa (ASA) has been instructed to submit an appeal on the Court of Arbitration for Sport’s (CAS) ruling against Caster Semenya.

As reported by Times Live, Xasa issued a statement revealing that, after much deliberation with a specialised panel that was formed to convene on the ruling, the ministry has given ASA the green light to challenge the International Association for Athletics Federation’s (IAAF) controversial application.

Why Caster Semenya is being forced to lower testosterone

Under the IAAF’s revised rules, hyperandrogenic athletes – or those with “differences of sexual development” (DSD), will be forced to take medication – which the World Medical Association warned can be potentially harmful – to lower their testosterone levels.

Related: IAAF tells Caster she is welcome to compete against men

The point of contention, however, is that the IAAF is seen as attempting to intervene with naturally-occurring high levels of testosterone.

Dr Kathy Elliot-Sale, an associate professor of Female Physiology at Nottingham Trent University, warned that the athletics federation was entering into a slippery slope in its attempts to reconfigure aspects of nature.

“The reproductive hormones oestrogen, progesterone and testosterone are endogenous (naturally occurring) hormones in females and males. In women, these hormones change across the life span, from puberty to the menopause…

“If sport starts to put limits on these naturally occurring hormones, where will it end, given the number of times in a female’s life that these hormones are ‘higher’ and ‘lower’?”, she noted.

The basis of ASA’s appeal and the UN sanction threat

Xasa confirmed that the ASA would challenge the scientific basis of the ruling.

“The court simply gave the unfettered latitude to the IAAF to do as it pleases. For instance‚ it has not been answered as to how the IAAF will implement the regulations and how ethical issues will be addressed‚” she added.

Related: When it rains, it pours: Caster Semenya’s phone hacked by scammers

The sports ministry also revealed that they would be taking the matter to the United Nations General Assembly in a bid to have the IAAF sanctioned for violating human rights.

The The United Nations Human Rights Council already adopted a resolution branding the IAAF rules “unnecessary, humiliating and harmful” – un unprecedented step in terms of the UN getting involved in sport.

“The minister has also directed that the department of Sport and Recreation SA (SRSA) should work with other organs of state to intensify the international lobby and to approach the United Nations General Assembly to sanction the IAAF for violating International Human Rights Instruments,” it revealed.

The appeal has to lodged with a Swiss tribunal following the decision by CAS.