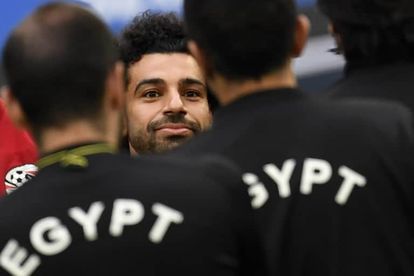 Monday’s Group A encounter between Egypt and Saudi Arabia might seem harmless with both teams playing for pride hoping to avoid the dreaded wooden spoon.

Scratching below the surface reveals a whole different story though with some scores that clearly need settling.

Saudi Arabia’s top sports official has some explaining to do after he poured millions into Egypt’s biggest soccer club – Ah Ahly – during his brief tenure as the club’s honourary chairman. His handling of the club’s recruitment apparently raised plenty of eyebrows and he was forced to step down in May.

Turki Alsheikh has added further fuel to the fire by making inappropriate comments about golden boy Mohamed Salah which obviously hasn’t gone down well at all amid instances of hate speech on social media.

Alsheikh spoke to reporters in Moscow on the eve of Saudi Arabia’s 5-0 whitewash against Russia with the curly-haired goalscoring machine not too far away from his thoughts.

“May God heal you (Salah) after the World Cup.

Earlier this year, Alsheikh, who doubles up as confidante to the kingdom’s powerful crown prince, used Twitter to express his desires. Rather eerie considering Salah’s injury suffered the night of the Champions League final last month.

He must be sidelined before the World Cup.

Fans of the Pharaohs were outraged and some even believed that Alsheikh had paid Real Madrid’s Sergio Ramos who took Salah down that fateful night.

The Saudi sports chief took aim at former FIFA boss Sepp Blatter, his successor Michel Platini, Qatar, and Aleksander Ceferin, the current head of the European football association in a series of tweets. It seems as if the pressure is becoming unbearable for Alsheikh whose national football team have failed to impress on the world’s biggest stage.

There is no stopping the 36-year-old who caused yet another stir when Saudi Arabia failed to vote for Morocco’s 2026 World Cup bid.

“It’s a special match for both teams. Both want to assert themselves after their exit from the World Cup, but they must make sure that the impression they leave is not negative. They must conduct themselves in a civilised manner and rise above Arab sensitivities.”

And then there is this little bit of beef.

As per the New York Times:

Ramzan A. Kadyrov, the Chechen leader, has raised a few eyebrows.

After Egypt’s defeat against Russia on Tuesday, a result that ensured the Egyptians’ elimination from the tournament, Kadyrov hosted a dinner for the squad at which he presented Salah with honorary Chechen citizenship.

“Mohamed Salah is an honorary citizen of the Chechen Republic! That’s right!” Kadyrov wrote on social media. “I gave Mohamed Salah a copy of the order and a pin at a celebratory dinner that I gave in honour of the Egyptian team.”

Salah has always deliberately avoided being made into either a political or religious figure, and CNN reported that he was furious that he had been exposed to the criticism that followed the publication of the original photographs with Kadyrov.

Murder-suicide: Man kills his partner then turns the gun on himself