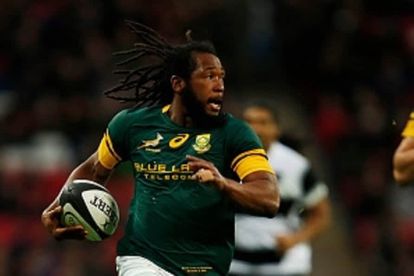 1. The Baabaas opened the scoring after five minutes and it wasn’t pretty.

Some Boks already being flattened by double decker buses in BaaBaa backline ..

2. Like, seriously, even with all things considered – players, little time together and all of that – things were all over the shop.

Bok Defence looks like its picked up from where it left off against NZ in Durban ? #BARvSA

The awareness of PSdT there needs to be applauded. Never channeled the ball back so he was home for the money

4. The seesaw continued, but at least the BaaBaas had a sense of humour.

5. But people actually saw some positives.

Franco Smith influence, pattern is very obvious… 🙂 Boks just have to be a little more direct, square to defence at times! #BARvSA

6. And had some praise for one of the newbies.

Compared to the flanks who have donned the Boks jersey this year, Roelof Smit seems like the real deal #BARvSA #SSRugby #Springboks

So glad Owen keeps reminding us that Naai Naai is playing for the Bavarian's today.

8. Anything to make the Bok pain stop, right?

With no caps awarded we should drop Springboks reference for Baabaas game. It's a South African XV. It also helps ease frustration

9. Well, the All Blacks’ defence is shaky as heck and it works for them, so…

Sergeal you biscuit,now where's all you critics now?Id rather pick a player like him who will give you a try than worry about tackling!

Think this game may well say more about the strength of Currie Cup rugby than many fans will admit. Some players being shown up.

#Springboks Scared to see what Eddie Jones and England are going to dish out.
Might just implement my own loadshedding next week.

12. We think this is a perfectly reasonable request. Rugby Twitter wasn’t at its best today.

If you want to use Twitter to gripe about the Springboks, please have the decency to be funny. #BaaBaas #BARvSA

13. Every once in a while, there was a flash of something positive, though.

14. It wasn’t all bad and with about seven minutes to go, things got a bit a better.

Now that was a decent run. There's talent amongst these Boks. That's a certain. Just doesn't seem to be a plan.

16. But captain Lambie missed the conversion.

Ugh. This is going to be one of those situations where we don't lance the boil because we didn't actually lose. #savsbarbarians

Keen on some mayonnaise or tomato sauce-flavoured ice cream?

RANKINGS: How Boks can get to within touching distance of No 1!

Classic potato salad: No family dinner is complete without it