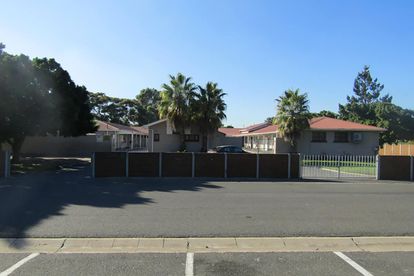 To get to the Acacia Park parliamentary village, the largest of the three parliamentary villages, which Public Works and Infrastructure Minister Patricia de Lille revealed this week cost the South African taxpayer R74 million a year to maintain, you have to drive down Townsend Avenue in Goodwood, a rather non-descript middle class suburb about ten kilometres to the north of the Cape Town CBD.

You follow a winding road over a bridge and you arrive at an imposing gate – the gateway to what must probably pass for the jewel in the dull crown of the South African department of public works and infrastructure.

To enter, you must either live there or have an appointment. Gated and fenced communities may be nothing unusual in South African suburbia, but this one is somewhat different in that its huge entrance gates, situated close to the power station roughly opposite Canal Walk on your left as you hurtle or crawl towards Cape Town on the N1, are operated by the state.

Once inside, you are confronted by a scene from a family holiday resort gone wrong – a bit like a low budget version of The Truman Show – that great movie about a fake world full of unhappy, smiling people.

Houses of different sizes, each with a large number on the wall, dot the landscape, but whoever planned the outlay and numbering must have been smoking something which, until very recently, was illegal. The general chaos is not helped by the fact that there is not a single straight road – it is one circular street after another, with nooks and crannies to boot. If you ever need to visit anyone in Acacia Park, be sure to have very specific directions on how to get to their houses.

The place is by no means luxurious. It is adequate and impersonal. It boasts a communal swimming pool and some other low-octane recreational options, like braai spots. The lawns are mowed and the houses are maintained, but it is sad in the way socialist East German efforts at emulating the West was sad – there is nothing that resembles any sense of enterprise whatsoever.

Many of the homes are two-bedroomed, fitted with basic furniture and accessories like televisions and microwave ovens. It is a house, but it is not a home. It is adequate, but dullness personified. Actually, it is downright depressing.

The system of having three parliamentary villages in Cape Town for the use of MPs and officials is in the news again this week after public works and infrastructure minister Patricia de Lille revealed it has cost the South African taxpayer R744 million over the last ten years.

She was replying to a question by DA MP Willem Faber, who also asked her whether she would look at the possibility of introducing a housing allowance for MPs instead of the current system. MPs and officials pay a nominal rent to live there.

The three parliamentary villages are Laboria Park and Pelikan Park (both situated in the Cape Town southern suburbs) and Acacia Park, situated in Goodwood. The costs incurred include daily bus transport between the villages and parliament, water, electricity, rates and taxes, village management, construction of new buildings, maintenance of buildings, purchasing of new furniture and appliances, and employment of departmental staff to run the villages.

Maintenance costs were R462 million whereas new furniture and appliances to the tune of more than R37 million was purchased.

Insofar as Faber’s proposal of a housing allowance to replace the current system is concerned, De Lille answered that her department’s responsibility was simply to provide accommodation to government departments and MPs. Any request for a housing allowance to be paid must be made to the Independent Commission for Remuneration of Public Office Bearers.