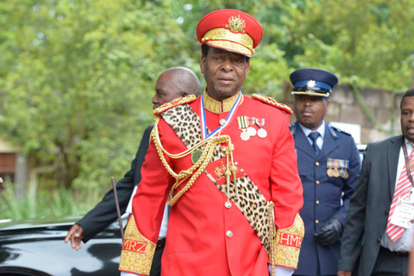 The queen’s bid to claim half of the late King Goodwill Zwelithini’s estate failed in the Pietermaritzburg High Court on Wednesday. The application put forward by Queen Sibongile Winifred Zulu of the KwaKhethomthandayo Royal Palace has been dismissed with costs.

The queen had sought out half of the late King’s estate due to their civil marriage but lost her application to have Zwelithini’s other marriages declared invalid.

Judge Mjabuliseni Madondo told the court that it wasn’t clear what type of estate the queen had based her 50% claim on. Dismissing the application with costs, Madondo commented:

“The order made in this regard is that the application is dismissed with costs. Such costs will include the employment of senior counsel.”

Supporters flock to court ahead of judgement

Senior members of the Zulu royal family who support the de facto Zulu King Misuzulu KaZwelithini swarmed the court ahead of the judgement, anticipating a victory.

The brothers and cousins of King Misuzulu were also seen in court, including Prince Bambindlovu, Prince Simingaye, Prince Njabulo (a cousin) and sisters of the King, Princess Ntandoyesizwe and Princess Bukhosibemvelo.

The queen, in her application, argued that her bid for half of Zwelithini’s estate was based on her marriage to the King in accordance with civil rites. She felt this meant his later marriages were baseless.

This was disputed by the opposition, who countered that under the apartheid system such limitations didn’t apply to black people who lived in Bantustans.

Interestingly, the queen’s daughters Princess Ntandoyenkosi and Princess Ntombizosuthu Zulu-Duma had sought to have the late King’s will set aside. They had claimed that they believed some of the signatures to be forged.

Nevertheless, it appears as if the drama following Zwelithini’s death has left the legal arena for the time being.