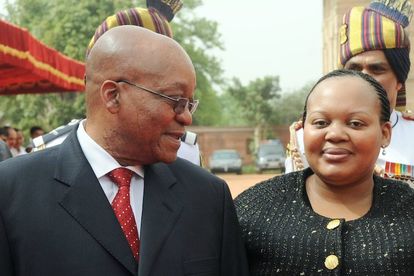 And it’s not just Zuma’s wives whose lavish transport stipends will be reviewed, former presidents and deputy presidents will also come under scrutiny.

Ok look, it’s likely only because they got caught out and now they have to try and stop the shitstorm, but at least there’s an almost effort to consider maybe curbing wasteful expenditure… possibly.

In  written response to the DA in parliament, police minister Nhleko had to disclose that the SAPS has been using the policing budget to buy cars for Zuma’s wives to the tune of R8.6 million and, well, folks went a little nuts.

The presidence earlier today said they’d engage the SAPS to “discuss the harmonisation of benefit policies in light of the recent announcement of the procurement of vehicles for the spouses of the President”.

The presidency added that this is part of an ongoing review of government expenditure in light of the country’s piss-poor economic performance and subsequent fiscal chaos.

“The discussions will take into account the transport benefits of spouses of serving principals and also those of former presidents and deputy presidents.”