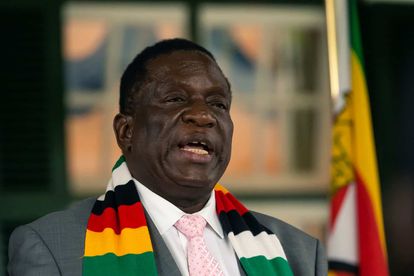 Zimbabwe’s government has agreed to fork out R57.5 billion (US$4.3 billion) in compensation to farmers who were evicted during land invasions in 2000.

The deal, signed on Wednesday, 29 July 2020, puts to bed one of Zimbabwe’s most tumultuous periods which have haunted the country, evidenced by strained international relations and an economy that is in tatters.

The country’s Information, Publicity and Broadcasting Services Secretary Nick Mangwana has described the agreement as a historical chapter in resolving the land question and that the deal was President Emmerson Mnangagwa’s promise to build a new South Africa.

“President Mnangagwa promised to build a New Zimbabwe, founded on the principles of openness, dialogue and progress. On remembering the past, while embracing the future. Today’s signing bears testimony to his sincerity”, Mangwana said.

Mangwana added that Mnangagwa is showing that the principle of peaceful conflict resolution and cooperation is the bedrock upon which all Zimbabweans can find each other.

“It is the same tone informing our interactions with other nations”

“Today is a historic day in Zimbabwe as the country signs the Global Compensation Deed with former White Farmers. This is a milestone in putting a finality to the issue of improvements made on farms acquired for the Land Reform Programme”, he concluded.

In 2000, the Zimbabwean agricultural sector took a beating as a result of the land reform programme spearheaded by then President Robert Mugabe and left an approximated 4 000 farmers homeless.

The land grabs are considered one of the key factors which led to the country, once referred to as the continent’s bread basket, to dire economic hardship.

Mangwana: ‘Shiri contributed to this day’

The agreement comes merely hours after the country’s president confirmed the death of Perrance Shiri, the Land, Agriculture, Water and Rural Resettlement Minister whom Mangwana had said, contributed to the milestone.

The Commercial Farmers Union of Zimbabwe’s director Ben Giplin told BusinessDay the deal would not all white farmers disposed of their land would benefit.

“The measures will not apply to the majority of Zimbabwean citizens whose farms were acquired by the state or foreign citizens who were not covered by ratified Bippas”, he is quoted as saying.

He added that the agricultural sector in the country could be revived as skilled farmers would return and positively contribute to food security.

“The restoration of property rights will certainly encourage fresh investment and will unlock financial support from the banking sector that has been frightened away because of a loss of collateral security. Let’s hope the measure helps firmly put Zimbabwe on the road to recovery.”