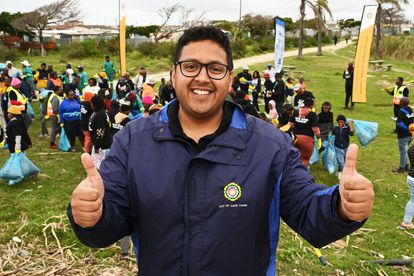 Zahid Badroodien asked to step down from the MayCo while he faces disciplinary action. Image: Facebook/Dr Zahid Badroodien, City of Cape Town MMC: Water and Sanitation.

Zahid Badroodien asked to step down from the MayCo while he faces disciplinary action. Image: Facebook/Dr Zahid Badroodien, City of Cape Town MMC: Water and Sanitation.

The City of Cape Town’s Mayoral Committee (MayCo) Member for Water and Sanitation, Zahid Badroodien, will face a disciplinary committee over allegations that an electricity meter at a property owned by him was tampered with.

Cape Town Mayor Geordin Hill-Lewis said Badroodien wrote to him to ask that he be allowed to stand down until the finalisation of the disciplinary hearing.

Hill-Lewis acquiesced as it is important for every MayCo member to be fully focused on their work, he said. Siseko Mbandezi, the MayCo member for Finance, will fill in for Badroodien.

“I would like to thank Councillor Badroodien for the contribution he has made to Water and Sanitation since his appointment in November 2021. I look forward to a fair and speedy resolution of this matter, in the best interests of all Cape Town residents,” said the Mayor.

Sandra Dickson, from the Cape Town pressure group STOP COCT, said the group was “quite perplexed” by the fact that a MayCo member is stepping down over an alleged charge of meter tampering, which occurred years ago.

“Members of the public usually get a fine without much investigation and usually not criminally charged. It is also questionable that his resignation is so readily accepted so readily by the Speaker/Mayor,” said Dickson.

“Is this Badroodien another victim of the current regime at the City of Cape Town’s heavy-handed and non-equitable handling of matters?”

The councillor said he was told that he would have to face a disciplinary committee by the City’s speaker, Felicity Purchase, on Wednesday, 28 September.

Badroodien said the electricity meter in question was at a house he built at the request of his parents.

“In 2016, I was best placed to get a bond registered in my name because of my financial standing as a practising medical doctor.

“I was asked by my parents to assist in the procurement of a property they wanted to buy for my younger sibling.

“In addition, it is within my cultural upbringing to respect any reasonable request made by my parents as I have done since a young age,” said Badroodien.

The councillor said the construction of the house was completed in 2019 and the house remained empty until November 2021 when he moved into it on a temporary basis because it was near the ward where he was elected councillor.

“Having all the facts at hand my parents undertook immediate corrective measures. Subsequently, I provided all available information and affidavits at my disposal to the Speaker for their investigative process,” he said.

Badroodien added that the City has yet to confirm the amount of money owed and vowed to repay it as soon as possible.

“I will continue to serve ward 48 as their elected councillor,” he concluded.