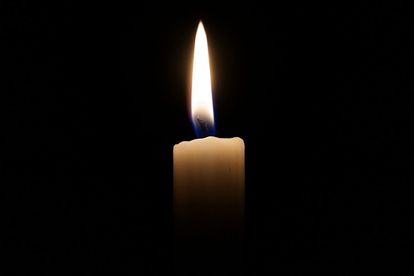 Emergency services said woman and two young girls have died in a house fire in Vosloorus – after a candle was apparently left unattended during loadshedding.

THE FOUR-BEDROOM HOUSE IS USED AS A CHILDCARE CENTER

Firefighters were called out to the house used to care for orphans – where they found the bodies of the 50-year-old woman and two children aged 7 and 8.

“A crew of 9 firefighters found members of the public frantically battling the blaze with buckets brigade systems. As professionals, they took over and managed to extinguish the blaze.

“The four-bedroomed house used as a child care center was saved; however, three lives were already lost at the time,” he said.

WOMAN AND TWO YOUNG GIRLS WERE DECLARED DEAD ON THE SCENE

Ntladi said the woman and two girls were declared dead on the scene by paramedics.

He said two other children, boys in their mid-teens, survived unharmed.

“It is alleged that the cause of the fire was a lit candle. Apparently, there wasn’t electricity in the area prior to the blaze. They used candles for lighting.

“The woman and two girls seemed to have suffered from lack of oxygen due to smoke inhalation,” Ntladi said.

THE CAUSE OF THE FIRE WILL BE INVESTIGATED

The scene was handed over to law enforcement officers for in-depth investigations.