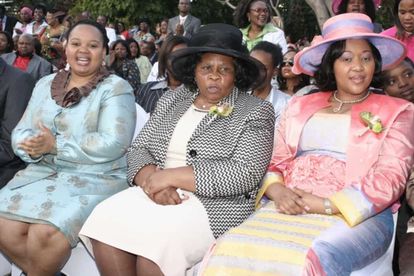 Are these the days of his wives?

Are these the days of his wives?

Pravin Gordhan is presenting his mid-term budget as we speak, and besides instilling confidence in the people of South Africa, the embattled finance minister needs to put on a brave face.

Today, Gordhan will be scrutinised by ratings agencies and investors, citizens, global financial players and his supporters and detractors.

While he will be aware of the content of the mini budget, President Zuma will have his ears pricked for any further hint of dissent from Gordhan, who is globally revered as an astute and competent finance minister.

During a Q and A session in parliament yesterday, Zuma said his intervening in the fraud case against Gordhan would bring the country closer to a “banana republic”.

The irony of that statement appears to only have been lost on Zuma, whose tenure as president has often had pundits referring to his leadership style as the kind found in banana republic.

Zuma, of course, has been fighting for eight years not to have his day in court regarding 783 charges related to the arms deal; true banana republic stuff.

Meanwhile Gordhan is set to appear in court on 2 November on charges of fraud, which are widely regarded as trumped-up and intended to remove him from Treasury and allow the president to appoint a more pliable minister.

As the noose tightens around Zuma and his patriarchy network, it appears that the president is only able to find comfort within the “Zuma faction”, a network of politicians and business people strategically set up to offer the president protection from prosecution on fraud and corruption charges.

Patronage networks and the paranoia one would expect to surround them come with a price – R 125.1 million to be exact. This is the amount that has been spent on VIP protection for Zuma, his wives and immediate family members.

That figure is expected to increase as Zuma’s political allies say they are increasingly worried about his safety.

“When you feed all of these people, and someone starts putting the lid on the pot, it becomes dangerous. People want to continue being fed,” a source close to Zuma told TSA.

And while the immediate and extended Zuma family pleads poverty, there is no evidence of this. Instead it seems some – but certainly not all – of the Zuma family members are financially inept and require a steady stream of (public) funds to compensate for this.

Days of our wives
After tax, Zuma’s R2.9 million annual salary is not near enough to support four wives and his younger children. But thanks to the Presidential Support Unit, they are mostly taken care of via the public purse.

In May, it was reported that R15.7-million was spent on the Unit last year. Apparently this was the most money ever spent on the wives of the president and deputy president in one year.

In the same month, replies to parliamentary questions revealed that between 2013 and 2016, 11 cars – worth about R9-million – had been bought for Zuma’s four wives courtesy of the police budget.

So how do the more prominent wives (and an ex) make their money?

Zuma’s first wife, Sizakele (MaKhumalo) Zuma has been married to the president for 43 years. MaKhumalo runs a tuck-shop from the Nkandla homestead and is fond of gardening. She is comfortable nodding off during her husband’s speeches, a habit many South Africans share.

Tobeka Madiba Zuma, married to the president in 2010, lives in an R8-million mansion in the plush suburbs of Durban North. The home boasts a swimming pool and tennis court and was bought through a family trust. Tobeka is a director in four companies, including her Section 21 Tobeka-Zuma Foundation, which focuses on health issues such as TB and HIV/Aids.

Is the ex next?
Since divorcing Zuma in 1998 before he had any kind of real money, Nkosizana Dlamini-Zuma has flourished, holding impressive governance roles.

She owns a R2,2-million home in the exclusive Zimbali Resort in Ballito, on KwaZulu-Natal’s north coast. She is being touted as the next ANC and South African president by some quarters of the ANC, but others fear her nomination will see a “Zuma dynasty”.

But sources have told TSA that Dlamini-Zuma is “old news” in the succession race and that the National Assembly speaker, Baleka Mbete, is Zuma’s first choice for ANC president, meaning she will rule the country by proxy and offer continued protection to Zuma.

“There are many people in the ANC with their own personal agendas. Baleka is loyal to the president, she is ambitious and wants Zuma to help her [get to the top],” said the source.

Married to Zuma in 2007, Nompumelulo Ntuli-Zuma (MaNtuli) is an active director in Intiska Yembokodo Development Projects, Izosonami, Vuna Imbewu and Wamuhle Construction, however there are no public records showing that these businesses have done any work with the state.

Some reports have called MaNtuli the “Madam from Hell”.

Her last two registered addresses are in Vuma, Maphumulo and Greytown, where she is in exile courtesy of the president’s security cluster after allegations surfaced last year that she tried to poison her husband.

She is also rumoured to have had a fling with bodyguard Phinda Thomo.

Thomo was found dead in his bath in December 2009 shortly after the news broke. He apparently committed suicide.

MaNtuli has slid from public life despite still receiving spousal support from the Presidency but apparently still has duties she must perform.

Readers hoping that their taxes are safe because Zuma must surely have had his fill of wives shouldn’t hold their breath. He has been engaged to Swazi princess Sebentine Dlamini since 2002. Sebentine’s younger sister, Fikisiwe, is married to Zuma’s multi-millionaire nephew, Khulubuse.

If, as anticipated, Gordhan announces a tax hike today, one ray of sunshine might be that Zuma will also be contributing more to the public purse.

Zuma admits he is “implicated” in Madonsela’s ‘state capture’ report