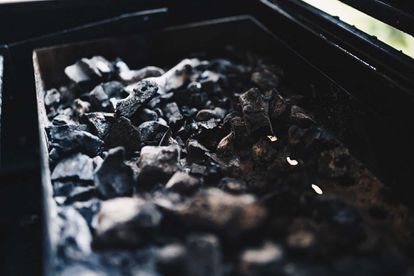 Some 13 months on from the most devastating schedule of load shedding seen in South Africa, fears about another ‘wet coal‘ nightmare are rising with the rainwater. The devastating impact of Storm Eloise did not cause any structural damage for Eskom over the weekend – but a second cold front may now pose serious problems for the utility.

Wet coal could spark a new round of load shedding

Eskom Spokesperson Sikonathi Mantshantsha said on Tuesday that the risk of wet coal ‘does remain’ in South Africa. A farcical chain of events in December 2019 saw the firm’s supply of coal essentially rendered useless, after stocks were flooded by another significant deluge. It caused Mzansi to enter unprecedented Stage 6 blackouts.

With the ‘Eloise hangover‘ further threatening SA, we could be in for a rough ride this week.

“The teams are ensuring that the drainage system continues to work efficiently, The risk, however, remains with the possible flooding of rivers and uprooting of trees in the areas surrounding the transmission lines. The risk of challenges brought on by wet coal also remain, should the downpours continue unabated.”

Earlier on Tuesday, one provincial branch of Eskom blamed the rain for impacting its electricity supply. The North West branch has told locals that they may soon be left with ‘inadequate power reserves’, plunging NW residents into darkness.

“Eskom North West Operating Unit would like to alert community members that the strong wind and rainfall that we’re experiencing in the province may affect our network and cause an inadequate power supply. In the meantime, Eskom advises all communities to be cautious of overhead power cables that are damaged or collapse due to the storms.”

Eskom warns that its infrastructure and network may be down due to the weather conditions@News24 @SABCNews @NewzroomAfrika @eNCA @IOL pic.twitter.com/mZFOVQbZDV

Should the lights go out in North West on Tuesday, it would become the fifth province to be hit with a local ‘load reduction service’ for the evening ahead. In total, 17 regions across four provincial states will be lumbered with power cuts between 17:00 – 21:00 – but no national timetable has been announced by Eskom: