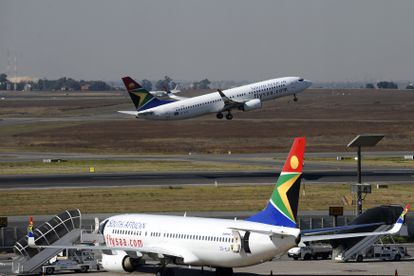 If you can find is a tougher job than “PR manager for South African Airways (SAA)” right now, we’d be seriously impressed. The ailing airline was plunged deeper into one of its worst-ever crises on Tuesday, as almost 20 separate flights were grounded both locally and abroad. Calls to liquidate the company are now increasing.

Key routes between Johannesburg and Cape Town, and long-haul destinations serving OR Tambo and Germany, have seen their schedules decimated as SAA scramble to save every last penny. Some commuters have been shifted onto Mango flights, whereas others are cutting their losses and chasing refunds.

The mass cancellations have sparked confusion amongst South Africa’s frequent flyers, whose commutes and livelihoods rely on the aviation industry. However, the most dissenting of all voices come – perhaps predictably – from the DA: The biggest critics of the airline now say it is time for SAA to accept defeat.

Alf Lees is one of the party’s members on the Standing Committee for Public Accounts. He sees no alternative but for the business rescue practitioners to pull the plug on the state-owned company, and apply to the courts for a liquidation order. The airline’s final descent may have already started:

“SAA is bankrupt and has been for a very long time. It is in debt to the extent of some R20 billion. It has no cash reserves, it is unable to meet its current liabilities (including salaries) and still requires more bailouts funded by taxpayers. It is inconceivable that to date nobody has been held accountable for this.”

“Without further massive taxpayer-funded cash bailouts, SAA cannot continue to trade. SAA must be liquidated without further delay, by applying to Court in terms of the Companies Act No. 71 of 2008, for an order to discontinue the business rescue proceedings and place the company into liquidation.”

Alf Lees on the potential liquidation of SAA

Elsewhere, the Inkatha Freedom Party (IFP) were also keen for major changes to be implemented at SAA:

“The IFP has long held that public funds have been misused to solve non-financial problems such as mismanagement, corruption and poor planning. For far too long have the public footed the bill for the numerous crises faced at the ailing airline due to political overreach and interference.”

“South Africans can no longer sustain this airline through their taxes. Our party is hopeful that the outcomes of business rescue will include the inevitable privatisation of SAA [even if that’s through liquidation], or even on a partial basis.”

OR Tambo to Cape Town:

Cape Town to Johannesburg (OR Tambo):

OR Tambo to Durban:

Durban to OR Tambo:

Munich to Johannesburg (OR Tambo):

OR Tambo to Munich: