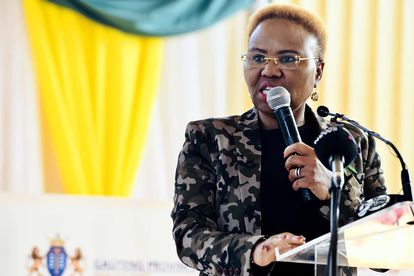 The Minister of Social Development, Lindiwe Zulu, has come under fierce fire for a series of lockdown-related failures, with her latest defence relying on ‘naivety’ further inflaming criticism.

Responding to cries of unpreparedness and the subsequent lack of service delivery to the country’s most vulnerable citizens, Zulu argued that she never expected the impact of COVID-19 to be so economically destructive. According to a report by EWN, Zulu said that initial consultations with the ambassador of China — as South Africa prepared to move towards a State of Disaster — had not adequately forewarned government of the impending impact on the nation’s poor and impoverished communities.

These claims of naivety, published on Monday, were met with a wave of condemnation. Members of the public, civil societies and politicians alike blasted Minister Zulu for her ignorance which ultimately threatened the wellbeing of millions of South Africans.

On Tuesday morning, the Democratic Alliance (DA) — which has been locked in several battles with Zulu since lockdown was first instituted in late March — renewed calls for President Cyril Ramaphosa to fire the Minister of Social Development.

Bridget Masango, the DA Shadow Minister of Social Development, who raised serious red flags regarding Zulu’s controversial feeding scheme restrictions, which were later found to be a violation of human rights, said that multiple failures under the minister’s watch warranted a swift dismissal. Commenting on Zulu’s claims of unawareness related to the economic impact of COVID-19, Masango said:

“This has not been the first time the Minister has put her foot in her mouth during the pandemic. During the early stages of the lockdown, Minister Zulu posted on Instagram that she had a hard time staying at home and that the ‘[Coronavirus] must go away’.

Minister Zulu has proven that she is completely out of touch with the realities that poor and vulnerable South Africans face and that she is clearly incapable of running the Department of Social Development (DSD).”

Masango was highly critical of both the DSD and the South African Social Security Agency’s (Sassa) response to the national COVID-19 crisis and subsequent lockdown.

In her scathing response to Zulu’s lockdown performance, Masango listed six fundamental failures which occurred under the minister’s watch.

The Social Relief of Distress Grant — which affords unemployed South Africans, with no other means of income, a monthly allowance of R350 — has been marred by delays and inconsistencies. The sheer number of applicants has overwhelmed Sassa’s systems and led to severe frustrations among citizens who face destitution. Undone by further technical glitches, Sassa has only been able to process a small fraction of applications.

This backlog has further impacted grant payments to the elderly and disabled, with many beneficiaries forced to sleep outside Sassa offices in an attempt to receive assistance

Zulu was also forced to retract her plan to regulate feeding programmes administered by non-governmental donations and private donors. Citing a ‘dangerous uncoordinated’ approach which exposed hungry South Africans to COVID-19, Zulu attempted to ratify regulations which would require all feeding programmes to be managed and controlled by the Department of Social Development.

Masango has argued that Zulu’s latest comments should be the final straw with forces the president to act, saying:

“Minister Zulu is not fit for purpose and she has shown nothing but disdain for the poor and vulnerable.

Her apologies are hollow and do not mean anything for the millions of South Africans whose dignity she has disregarded.

The DA calls on President Ramaphosa to do the right thing and remove Minister Zulu from office.”

On Youth Day, Health Minister Zweli Mkhize praised Zulu for her efforts in assisting vulnerable South Africans during a time of extreme need.