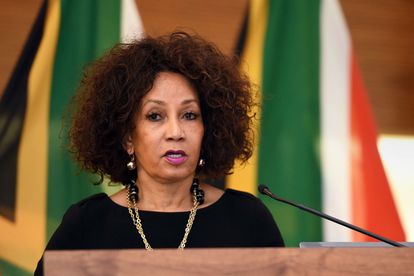 Chemical castration will be on this year’s agenda for the ANC Women’s League (ANCWL), as reported by The Daily Maverick.

This is according to Lindiwe Sisulu who said the issue will be discussed at the national party conference later this week.

CHEMICAL CASTRATION AS A SOLUTION TO GENDER-BASED VIOLENCE?

This is not the first time the ANCWL have suggested chemical castration as a solution to gender-based violence (GBV). At a previous party convention, their suggestion was discarded by the rest of the ANC.

Sisulu claims this was the fault of the men in the party.

“Men completely threw out (the idea of) chemical castration. The Women’s League will put it back on the agenda,”

Her invigoration for the topic comes after a trip to Khayelitsha. While on this trip, the “barbaric” treatment of women in the township stunned Sisulu.

She is not the only woman within the ANC who supports the motion. As well Sisulu – Bathabile Dlamini, Thandi Modise and Meokgo Matuba have all expressed their support for chemical castration.

“There should be no bail for rape and there must be no parole for rapists. There must be chemical castration for those found guilty of rape. Judges, police and lawyers dealing with women abuse issues must be better equipped to deal with such cases.”

The calls for such a drastic solution come as the issue of GBV becomes increasingly urgent. This is because women continuously face violence in their everyday lives. From October to December in 2021, the state reported more than 11 000 rape cases – as stated by New Frame.

This amounts to around 123 cases a day. Importantly, this does not reflect the reality as often victims choose not to report.

The upcoming ANC conference will tell whether the party believes chemical castration could be the solution to such a dire issue. But in the meantime, women will continue to wait for a meaningful solution to GBV.