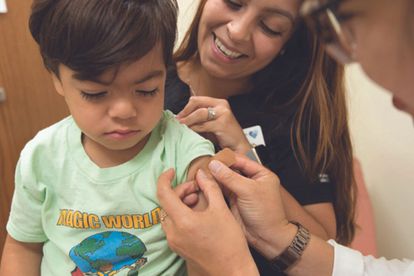 Parents and guardians need to ensure that their children’s vaccinations against measles and other preventable diseases are up to date.

The National Institute for Communicable Diseases recently reported confirmed cases of measles in the country.

Sonia Botha, Western Cape coordinator of the Expanded Programme on Immunisation (EPI), has encouraged caregivers to ensure that children are protected against measles and other vaccine-preventable diseases.

“Measles is preventable through a safe and effective vaccine, accessible for free at public health facilities and at a minimal cost from public-private partners.”

Measles is a highly contagious, serious disease caused by a virus that is normally passed through direct contact and through the air. The virus infects the respiratory tract and then spreads throughout the body.

The measles virus also weakens the immune system and makes a child more vulnerable to other infectious diseases such as pneumonia and diarrhoea.

Signs and symptoms of the disease include:

Serious measles complications are more common in children under the age of five or adults over the age of 30. The most serious complications include blindness, encephalitis (an infection that causes brain swelling), severe diarrhoea and related dehydration, ear infections and severe respiratory infections such as pneumonia. Severe measles is more prevalent among poorly nourished young children, especially those with insufficient vitamin A, or whose immune systems have been weakened by HIV/AIDS or other diseases.

How you can protect your children

This information was supplied by the Western Cape Department of Health