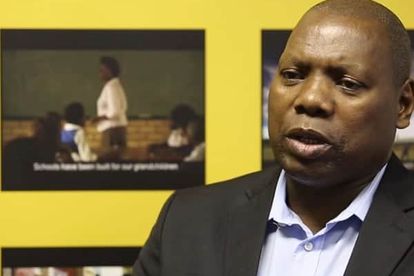 Zweli Mkhize has always done his best to avoid and head-to-head confrontations in the factional wars of the ANC. He is a conscientious objector, who isn’t about to be drawn into petty squabbles.

The former party Treasurer-General became the new Minister of Cooperative Governance and Traditional Affairs following Cyril Ramaphosa’s cabinet reshuffle. He was a huge advocate of the ‘unity’ movement in the run-up to the ANC’s 54th Elective Conference back in December. Now it seems his diplomacy has endeared him to the President.

Could Mkhize’s quiet dignity be the perfect tonic for the ruling party’s ills? We look at his history, policies and credentials to assess whether he’d be a great cabinet member for both the ANC, and for South Africa.

What SA can expect from Zweli Mkhize:

Mr Mkhize grew up in Pietermaritzburg and earned his medical degree from the University of Natal in 1982. However, he had to spend a decade working in exile for his activism against the apartheid regime.

He returned to SA in 1991 and became the ANC’s national health secretariat. At the dawn of our modern democracy, Mkhize was appointed as the MEC for health in 1994. A position he held for 10 years.

His health secretariat position was a very successful career move. He became the country’s longest-serving provincial health MEC, and impressed both Nelson Mandela and Thabo Mbeki whilst working in their cabinets.

He left the position in 2004 for a stint as the National Education and Health subcommittee’s chairperson, and to work in local government as KZN’s MEC for Financial and Economic Development and as the region’s Premier from 2009 – 2012.

Mkhize ventured back into national politics when he became the party’s Treasurer-General, and he dutifully carried out his responsibilities for the last five years.

What policies are associated with Zweli Mkhize?

He’s definitely a centrist, in both policy and demeanour. Mkhize has refused to engage in populism, nor has he took personal swipes at any other political rivals. The ex-TG is known for his negotiation skills and all-around professional demeanour: A commodity the ANC leadership has lacked for a long, long time.

He loves to meet with the people and discuss social issues in public venues. In the month of September 2017, he spoke at 22 events nationwide to convince voters that the ANC could self-correct.

Why some feel he is the right man for the job

“A compromise is necessary to achieve unity. We must say regardless of which side a person is on, if they have capacity to help the ANC move forward, we must be mature enough to accept.”

“Mkhize’s modest approach to politics is a stark contrast to Ramaphosa, who is a lot more calculated and vigorous at public appearances. it is a demeanour that is working, with Mkhize filling up events at KwaZulu-Natal most recently.”

A News24 source, speaking when Mkhize was contesting ANC leadership:

He knows that if he can appease KZN, he is sorted because there are divisions everywhere else which will negate each other.”

If you sit on the fence, you’re bound to fall off. His ‘softly, softly’ approach may play well on paper, but in the heat of battle, it isn’t something that has a lot of staying power.

He is a man of loyalty and longevity. His 10-year stint as health secretariat was served impeccably, and he’s one of the least controversial figures currently associated with the party.

ANC factions generally see him as a figure they can trust, which is an amazing virtue to have in such tumultuous times. As far as a cabinet appointment goes, this is likely to greatly satisfy an overwhelming majority of ANC members.